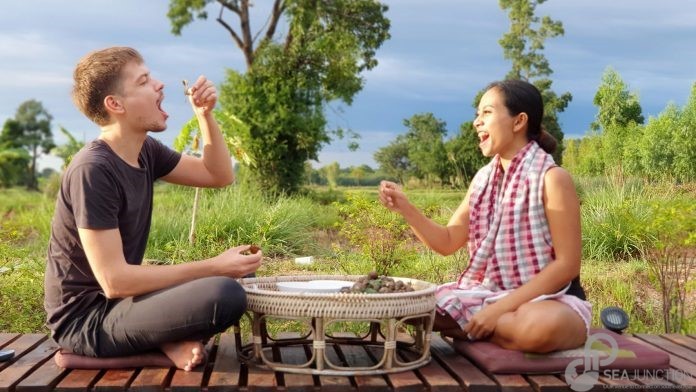 BANGKOK — Did Tukta marry Gerhardt for love, money, or out of obligation? An anthropologist says it may be all three. The life stories of Thai women and farang men in interracial relationships in Isaan are explored in “Love, Money and Obligation” (2019), a book by anthropologist Patcharin Lapanun that will be launched at the SEA Junction 6:30pm Tuesday at the Bangkok Art and Culture Centre.

“I think expats will be very interested in the book, for sure,” Patcharin said by phone Monday.

According to a review of the book in the South China Morning Post, the book is based on Patcharin’s PhD research and tries to debunk assumptions, especially among Western women, that these relationships are only “transactional.” The book also argues that these marriages create a “new class” in the village social structure, and even offers a history of Thailand’s interracial relationships.

“Lapanun sees these families as comprising a new social class, as determined by their distinctive consumption patterns and lifestyles,” reads the description by the publisher, the National University of Singapore Press. “They challenge village hierarchical structures, and put village elites in a vulnerable position.”

Patcharin has written a number of books and academic publications on interracial couples in Thailand, both in English and Thai. She previously gave an interview to Khaosod English about a study of how Isaan women’s marriages to farang men affect Thai men’s masculinity. It became Khaosod English’s most-read story of 2017, and was even plagiarized and translated by local German magazine “Tip Zeitung fur Thailand” in their January 2018 edition.

Patcharin will discuss her book 6:00pm to 7:30pm Sept. 24 at the SEA Junction, a cultural space hosting workshops and panels located in Room 408 on the fourth floor of the Bangkok Art and Culture Centre, reachable from BTS National Stadium. The event is free, but donations are welcome. Limited copies of the book will be on sale. The book retails for SGD42, approximately 930 baht.