While there is much talk of the shrinking of civic space in Southeast Asia (and the world), public discussion rarely touches on how this also affects (and is affected by) the availability of funding for civil society organizations, in particular those that advocate for human rights. Last February, SEA Junction has launched a series of events and publications focusing on the funding challenges experienced by civil society in the region, with support by the Open Society Foundations (OSF).  This initiative named “Wielding the funding strings of civil society in Southeast Asia” is born out of an article with the same title recently written by SEA Junction’s director, Rosalia Sciortino, for New Mandala (https://www.newmandala.org/weilding-purse-strings/). As the article notes:

“Across Southeast Asia, governments’ stiffened oversight is limiting access to international and national funds by CSOs, in particular when directed at financing advocacy and rights-based activities. This occurs amidst an evolving development aid landscape wherein established donor agencies reposition themselves in line with more conservative contexts back home and abroad, and where a new set of funders does not necessarily appreciate the merit of a “vibrant civil society” for democracy and development” (Sciortino 2018).

In the first event of the series, we had an introduction of the issues at stake from the perspective of NGO activists. about the challenges that they encounter in finding funding for their organizations and what could be alternative ways of finding much needed resources. In the second event last May, the focus was on the same issues, but as experienced by fund raisers, those who try to help raising funds for civil society through various means, as resource mobilization officers, consultants or representatives of intermediary organizations. This third event explored the funding opportunities offered by the robust growth of the home-grown Southeast Asian philanthropic sector and whether they indeed translate into regular and sustainable support to civil society. This fourth event will focus instead on international philanthropy, looking at funding trends of international, especially, US foundations and examining their changing role overtime in relation to civil society.

The panel composition is as follows:

Rosalia Sciortino is Associate Professor at the Institute for Population and Social Research (IPSR), Mahidol University, Visiting Professor in the Master in International Development Studies (MAIDS), Chulalongkorn University, and founder and Director of SEA Junction (www.seajunction.org). Formerly, she served as Regional Director for Southeast and East Asia in Singapore (2010-2014), Senior Adviser to the Australian Agency for International Development in Indonesia (2009-2010), and Regional Director for Asia of the Rockefeller Foundation (2000-2007) establishing during her tenure the Foundation’s Southeast Asia Office in Bangkok. Prior to that, she was program officer Gender, Human Development and Reproductive Health at the Indonesia and Philippines offices of the Ford Foundation from 1993 to 2000.

Darmawan Triwibowo has more than 10 years of working experience in senior management position for various international organizations in Indonesia and abroad in the area of human rights, sustainable development, and good governance. The positions have endowed me with wide range of responsibilities, which include strategic planning, organizational development, fund raising, advocacy and campaign, and networking. Most recently he was the executive director of the TIFA Foundation an affiliate of the Open Society Foundation in Indonesia.

Arif Fiyanto is Senior Indonesia Advisor for International Energy Program at European Climate Foundation. Arif manages ECF-PIE’s Indonesia programme since late 2017. He is currently managing grant making for energy transition in Indonesia. The focus of his work has been environmental sustainability since he started with Yayasan Pelangi Indonesia as a field researcher and researcher on climate change issues. Later he worked Greenpeace Southeast Asia-Indonesia office. He started in as an anti-coal campaigner in 2008 and n 2015 became a regional coordinator for the climate and energy campaign in Greenpeace Southeast Asia. In this function, he led the campaign against coal in Indonesia, Thailand, the Philippines, and built and maintained relationships with movements in Vietnam, Myanmar and Malaysia.

An advocate for civil society and gender equality, Dr. Juree Namsirichai Vichit-Vadakan has served as President of the National Institute of Development Administration in Bangkok where she founded the Center for Philanthropy and Civil Society. She was the Secretary General of Transparency International in Thailand and leads the Asia Fellowship Foundation. Recently, she acted as a member of the National Reform Assembly and was appointed a member of the Constitution Drafting Commission. Some of the awards that she has received are the “Woman of the Year” award from the Foundation for the Promotion of the Status of Women and “Outstanding Woman in International Activities” from the Thai Prime Minister, as well as Haas International Award from the University of California, Berkeley.

For those interested in the issue we also recommend to download the special issue of the Austrian Journal for Southeast Asia Studies entitled “Philanthropy, Giving, and Development” at  https://aseas.univie.ac.at/index.php/aseas/issue/view/186 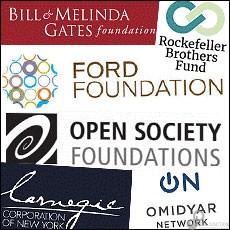 The event is free, but donations are most welcome to enable SEA Junction to continue its activities and keep events accessible to the public.

SEA Junction, OUR Venue to Connect on Southeast Asia (see https://seajunction.org) SEA Junction aims to foster understanding and appreciation of Southeast Asia in all its socio-cultural dimensions –from arts and lifestyles to economy and development. Conveniently located at Room 408 of the Bangkok Arts and Culture Centre or BACC (across MBK, BTS National Stadium) SEA junction facilitates public access to knowledge resources and exchanges among students, practitioners and Southeast Asia lovers. For more information see seajunction.org and join the Facebook group https://www.facebook.com/groups/1693055870976440/

OSF, the Open Society Institute, is an international grant-making network that work to build vibrant and tolerant societies whose governments are accountable and open to the participation of all people including through provision of financial support to civil society groups. For more information see https://www.opensocietyfoundations.org