“Beyond Tolerance”: Living Together with Migrants (Part I)

Documentary photographer, John Hulme, collaborated with the Mekong Migration Network for an exhibition entitled “Beyond Tolerance” : Living Together with Migrants will be exposed at SEA Junction on 8-16 October 2016. The exhibition photos capture the aspirations and struggles of migrants in destination and home countries, showing both domestic migrants who have moved for work within their countries, as well as those who have cross borders seeking security or a livelihood. After Bangkok, the exhibition will also be displayed in Yangon and Phnom Penh. The series presented here is about domestic migrants who move from the rural areas to the cities, such as Yangoon in Myanmar and Phnom Penh in Cambodia to work in factories and Special Economic Zones (SEZ).

John Hulme is a documentary photographer dividing his time between South East Asia and Britain. His work has focused on documenting social issues in Europe, Thailand, Burma and India and has been published in books, magazines and newspapers, including AOL, HRW, The Sydney Morning Herald and Trafficking in People report. Recent work includes the documentation of migrant workers in Thailand; gold mining in Kachin state Myanmar; and Rohingya refugees. His essay on Burmese migrant workers titled “In Search of a Job-any Job” has been widely shown including at the Foreign Correspondents Club of Thailand, the Arts Centre Chiang Mai, at Oxford University’s Refugee Studies Centre, and during the summer of 2011 at New York’s Exit Art Gallery during their “Contemporary Slavery” Exhibit. Currently he is working at a long term project recording the work of Thailand’s Region 5 Police; Woman and Children protection unit. 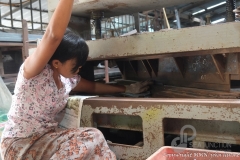 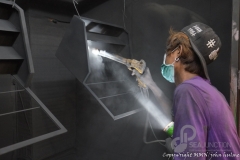 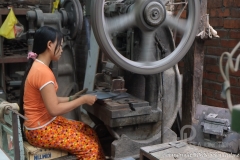 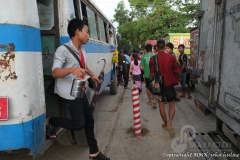 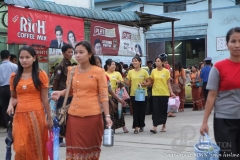 End of shift at a coffee factory
in Yangon, Myanmar 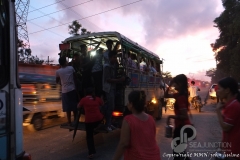 The bus home from
Yangon, Myanmar 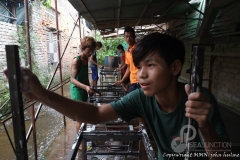 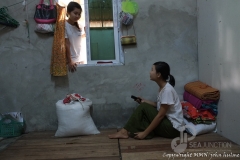 Garment workers resting on a Sunday
in the 6x6 meter room they share,
Yangon, Myanmar 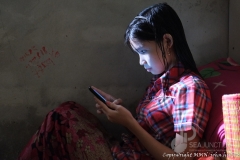 Garment worker resting
at home on a Sunday,
Yangon, Myanmar 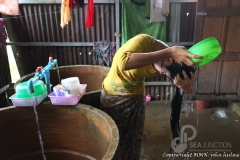 Garment worker washing her hairs
at home on a Sunday, Yangon, Myanmar 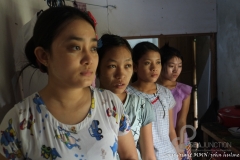 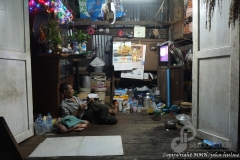 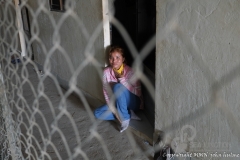