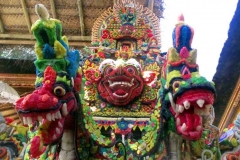 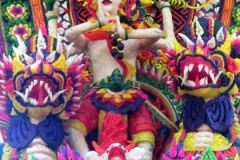 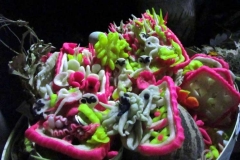 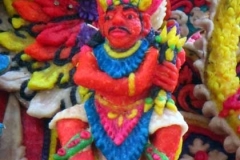 Hindu god of creation Brahma is red
the color of fire 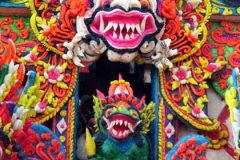 A demon keeps negative forces away 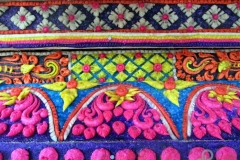 Motifs on the base of an offering
represent growth 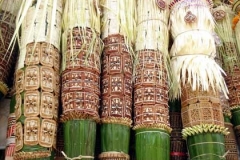 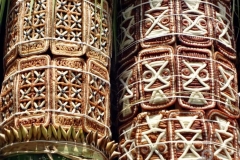