A sanctuary of mystical objects or pusaka

During his fieldwork in Serang City, Banten, Indonesia in 2013, Gabriel Facal was introduced to the “Nyai Museum” by Teguh Iman, a Bantenese professor of political science and pusaka collector. Pusaka are objects believed to contain mystical/magical power to protect the owner or help him/her attain wealth and fortune. In the museum, all kinds of pusaka are kept and properly handled  (including with offerings, performance of ritual cleansing and other rituals). It is interesting to note that contrary to common practice, many day-to-day objects such as dolls and all kind of modern statues are also entrusted to the museum as pusaka. As to the name of the museum, the honorary term “nyai” has various meanings and is today most often used to refer to a female teacher in Islamic boarding schools (pesantren), the wife of a kyai (religious leader and head of pesantren) or a woman of noble descent. In this context, it may refer to the elder women in charge of the museum and the pusaka. Gabriel Facal plans to conduct further research to better understand this unusual place

French anthropologist Gabriel Facal is a postdoctoral researcher at the Institut de recherches Asiatiques (IrAsia), Marseille and the Centre Asie du Sud-Est (CASE), Paris. He has done fieldwork in Indonesia, Malaysia and Brunei Darussalam. His research focus has been on martial arts, initiation, rituals and techniques and since 2009 also on Muslim practices and institutions, traditional authority structures and informal political networks. 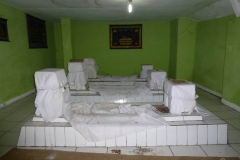 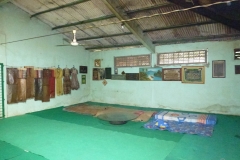 The meeting room with pusaka on
the wall, where people can sleep
during their stay at the site 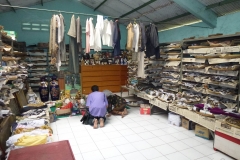 The main room
(among five other rooms)
where pusaka are stored 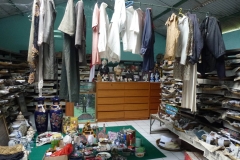 In front are offerings to "feed"
the pusaka, especially oil, incense
and several kinds of drinks 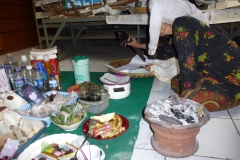 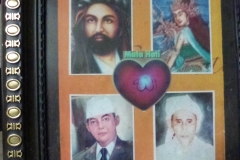 A frame
with religious and political
figures as pusaka 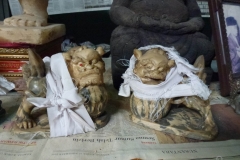 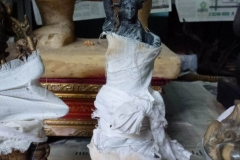 The Statue of Liberty can be a pusaka! 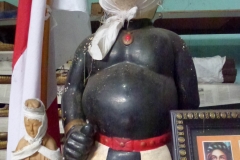 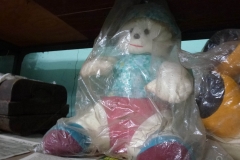 For someone dolls can be pusaka 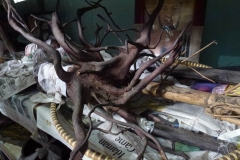 A root as pusaka 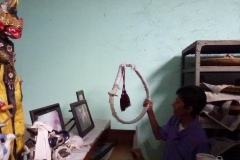 Another kind of pusaka:
a flexible sword 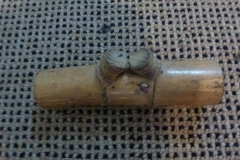 A rare type of bamboo as pusaka 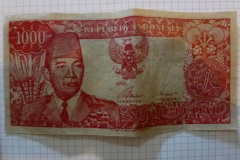 A banknote as pusaka
Gallery
Gallery Albums
Go to Top