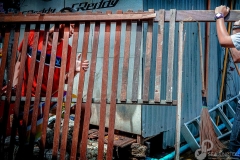 The wooden structures are taken away 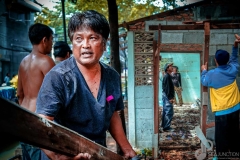 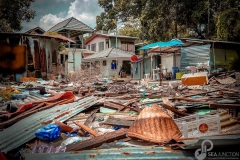 Lek waits outside the walls not
to watch the demolition 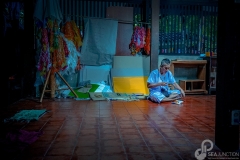 Thawatchai Woramahakun drinks
his tea. Many thoughts on his mind 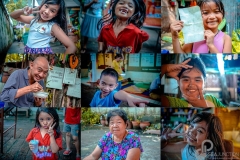