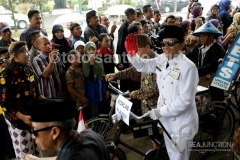 Sumarto "Karno", a school security
guard with a passion for
old bicycles who likes to
impersonate Soekarno at a parade. 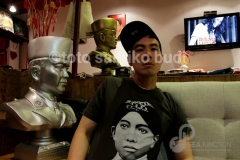 Portrait of Daniel Mananta,
Indonesian celebrity and founder
of the T-shirt brand
“Damn I Love Indonesia”, 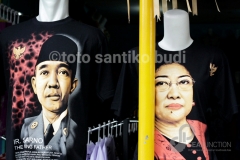 T-shirt with Soekarno and his
daughter and former 4th
President of Indonesia,
Megawati in Blitar, East Java 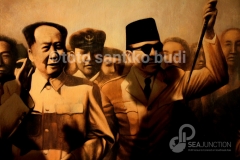 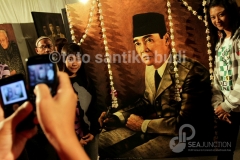 Visitors take pictures with
their idol Soekarno
at a painting exhibit
in Blitar, East Java 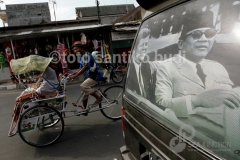 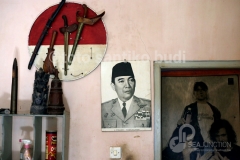 Photo of Soekarno in the
home of a villager in Berbah,
Sleman, Yogyakarta 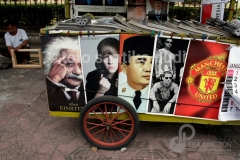 Poster of Soekarno and other
world famous people are
sold in Yogyakarta. 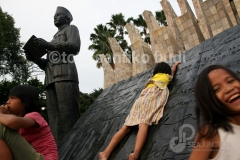 Children play near
the statue of Soekarno and
Hatta, the Proclamators 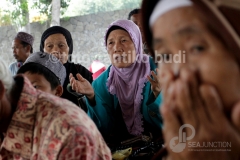 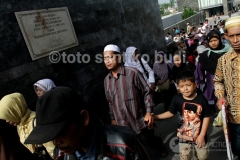 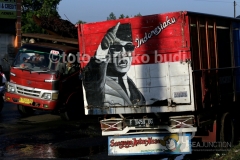