This presentation by culture expert and artist Garret Kam was held on 21 December 2017 at 5.30PM at SEA Junction. The presenter described the spectacular rituals used by Hindu-Buddhist Balinese in Indonesia to cremate their dead and set them free from worldly ties. The speaker used photographic images and videos to describe the complex ceremonies including the use of funeral effigies.

The similarities and differences between the Balinese and Thai cremation ceremonies were also parts of the discussions.  A lecture on the same topic was recently given at the Siam Society, and was presented again at SEA Junction to reach a wider and different audience.

Garrett Kam received his bachelor and master degrees from the University of Hawaii. He has been living in Bali since 1987 and became a ritual assistant in 1990 at Pura Samuan Tiga (Temple of the Tripartite Meeting), one of Bali’s most important temples, the first and only foreigner allowed to do so. In addition to blessing worshipers and bearing sacred objects, Garrett also helps in the preparation of offerings. As a Fulbright grantee he researched Balinese temporary art, especially objects burned for cremations. Garrett has given many lecture-demonstrations and dance performances throughout Southeast and East Asia and the USA, and is the author of “Ramayana in the Arts of Asia” as well as many books and essays on Balinese and Indonesian art for exhibitions that he curated. He is currently in Thailand to teach Javanese court dance at Chulalongkorn University. 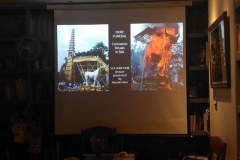 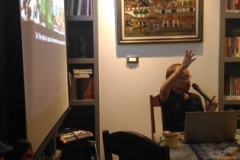 The speaker in action 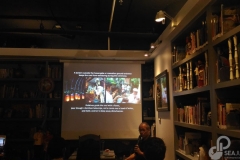 The speaker discussed the use
of lantern in both cultures 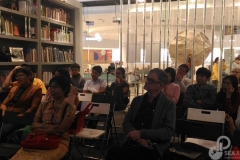 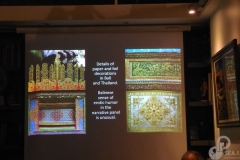 A slide on the foil decorations
in the cremation ceremonies 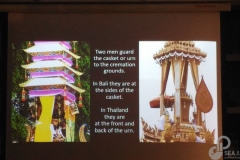 A slide of the presentation,
discussing the casket 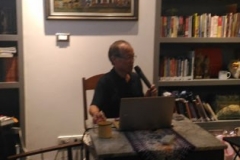 Speaker of the night,
Garret Kam, in action 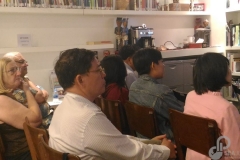 Audience from the presentation 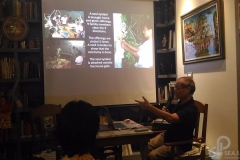 A slide on soul symbol after
the cremation ceremony 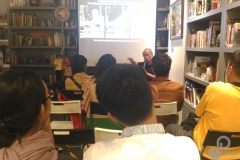 The view from the back of the room 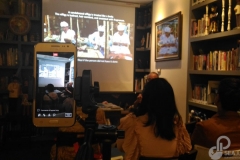 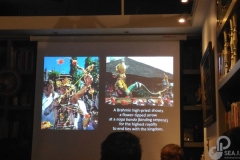 A slide on the unique traditions
of Balinese Cremation ceremony 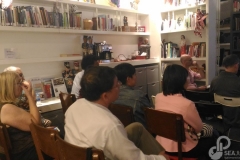