In the week of 25 February to 5 March, painter Erica Hestu Wahyuni will provide a series of painting classes for both children and adults to introduce them to her colorful world. Erica’s naive, playful renditions have ascertained her reputation as one of the most sought-after contemporary artists in South East Asia. Each work contains interesting narrative qualities, which reveal the worldview of the artist. The workshops are open to both children and adults, which are held from 25 February to 3 March. A selection of works from the workshop’s participants combined with paintings by Erica will be exposed at SEA Junction on 4-5 March.

Erica is well-known in Indonesia and internationally as “Art’s Most Playful Child” because of her distinct, expressive character and naive paintings, hundreds distributed among collectors and galleries in the country and abroad. Born in Yogyakarta, Java in 1971, Erica started painting in primary school, joining a children’s drawing club (Sanggar Katamsi), which was taught by Suharto PR and Herry Wibowo – both established painters. Later she studied painting at the prestigious Indonesian Fine Art Institute in Yogyakarta, Indonesia and Surikov Institute of Art, Russia.  In 1993, her work was selected for the International Triennale Competition of Painting in Osaka, Japan. Erica held her first solo exhibition at the Purna Budaya in 1995, officiated by the sultan of Yogyakarta, which turned out to be a successful event. Since then she has exposed all over the world most recently in Austria and Vietnam. 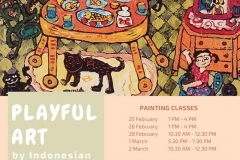 Poster of the event 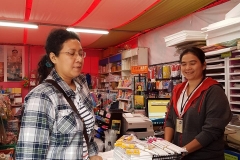 Equipment shopping for
the workshops 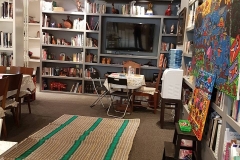 Venue for the painting
workshops 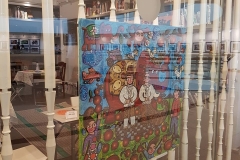 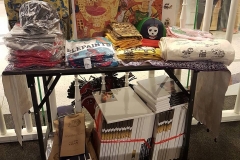 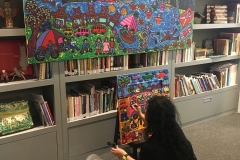 Erica is painting her latest artwork 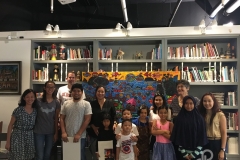 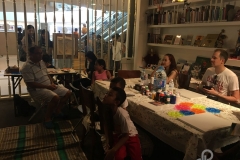 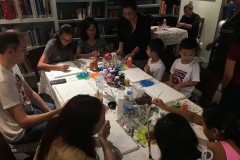 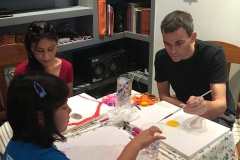 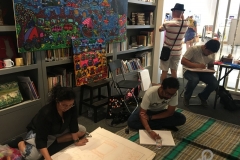 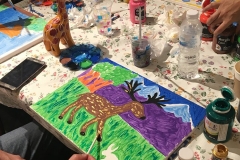 Deer painting by an
Austria participant 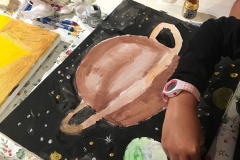 Universe painting by
a kid participant 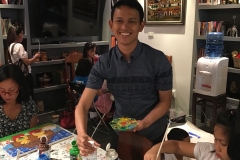 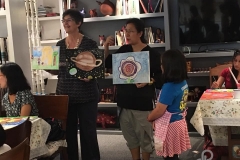 Commenting on each painting
at the end of the workshop 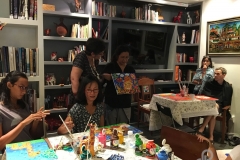 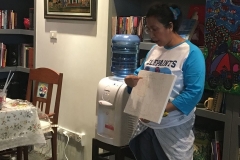 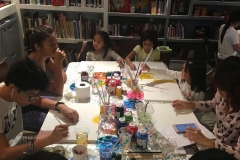 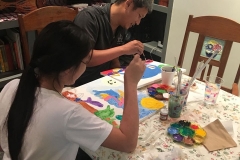 Father and daughter joining
the workshop together 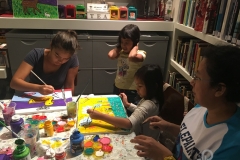 Erica introducing some
techniques to participants 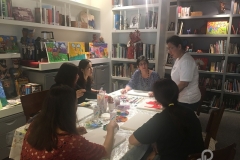