Art historian Catherine Raymond gave a public talk entitled “Reverse Glass Paintings: From Mandalay to Mae Hong Son and Back Again” on 6 August 2017 at 4-6PM at SEA Junction. Once very popular, this art form originating from Europe, carefully layering pigment on panes of glass—the backs of which were then made opaque—played a considerable role in the inter-Asian trade: both between Europeans and Asian courts, and between China and Southeast Asia.

The talk presented the result of a continuing research conducted from 2014 to 2017 in Thailand and Burma, which did explore first the interactions with Chinese diaspora artisans spreading this tradition throughout South and Southeast Asia for use as religious iconography. And, more recently, led towards exploring their role within the Dutch East India Company in seeking favor with the Siamese court as early as the seventeenth century. Focus was on the hill city of Mae Hong Son along the Thai-Burmese border in Northeast Thailand, where a unique treasure has been adorning three of the internal walls of Wat Chong Klang: a nineteenth century Shan Buddhist temple. It comprises nearly two hundred individual reverse glass paintings depicting the well-known story of Prince Vessantara and the Life of the Buddha: still in-situ there since the mid-19th century, when according to local legends, the city was created and the temple was erected. Likewise, local legend attributes the provenance of these reverse glass paintings as from Mandalay (Myanmar): as largely confirmed by more than hundred short captions and numbers identifying the scenes in nineteenth century Burmese style. Today this reverse glass paintings tradition continues in Myanmar for honoring the ritual to the 37 nats and in Northern Thailand for celebrating the Twelve-Year cycle with their iconic animals linked with venerated temples from Chiang Mai, Chiang Rai, Lamphun, Lampang, Phrae to Nan.

Bio of the speaker

–Professor Catherine Raymond has been archiving the celebrated assemblage of reverse glass paintings at Wat Chong Klang and investigating the remaining creators there of reverse glass paintings and their evolving subject matter and market. She holds her PhD from La Sorbonne, Paris. Former member of EFEO and since 2002 she is also the Director of the Center for Burma/Myanmar Studies and the curator. 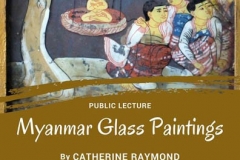 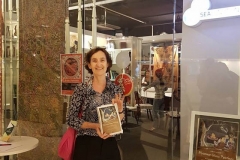 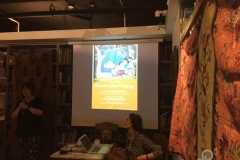 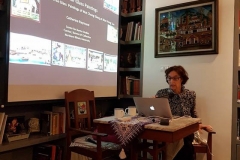 Beginning of the talk 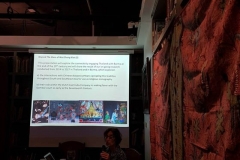 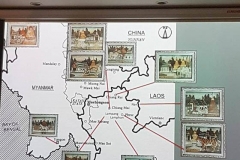 Map of the place that the
glass paintings were found 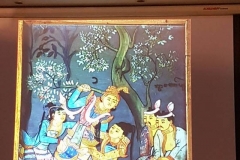 Scene of giving birth to the Buddha 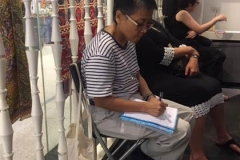 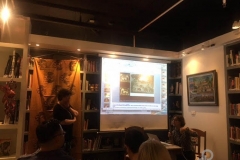 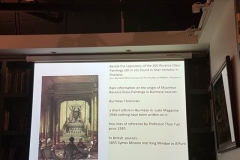 The glass painting that was
found in Thailand 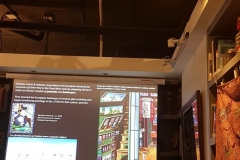 Talking about Chinese and
Western influence 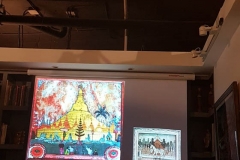 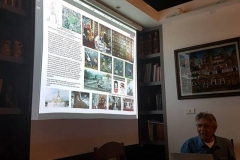 Explaining on how to use
online classroom 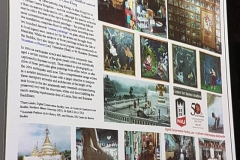 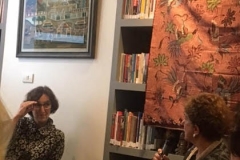 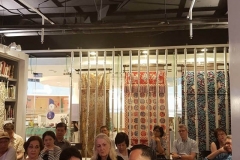 Question from the attendee
Gallery
Gallery Albums
Go to Top