To launch the research study, “From the Rice Paddy to the Industrial Park: Working Conditions and Forced Labour in Myanmar’s Rapidly Shifting Labour Market,” SEA-Junction and Rapid Asia will organize a panel discussion on 23 October 2021 at 5.00-6.30 pm. At the panel, speakers will share the key findings of the reports as well as discuss the state of workers’ rights in Myanmar since the military coup d’etat last February.

The report was launched in August 2020 and research was conducted mostly before the coup, but during the discussion speakers also reflected on the present conditions. The actions of the Tatmadaw now suggest a return to more openly exploitative employment practices and suppression of worker organizing. Indications are that the return to military rule has already begun to roll back many of the hard-fought gains made in expanding labour protection during recent years. As part of cracking down on resistance to its seizure of power, the Tatmadaw has now declared numerous trade unions and labour rights CSOs to be “illegal labour organizations”, creating a blacklist and attempting to arrest many leading labour advocates. This targeted persecution represents a major threat to workers’ rights in Myanmar.

For those interested, the full report can be found here. 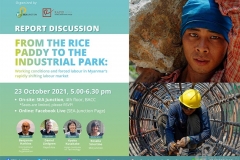 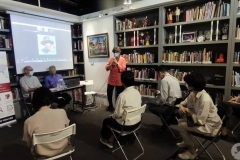 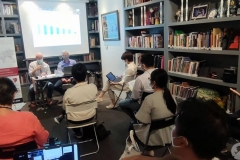 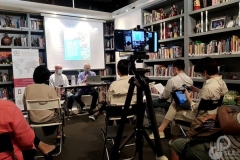 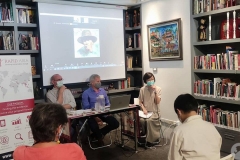 Kyoko Kusakabe made the
comments on the report 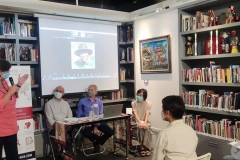 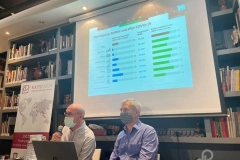 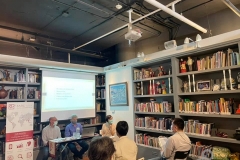 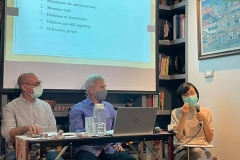 Issues of her comments
were shown on
the slide 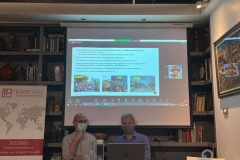 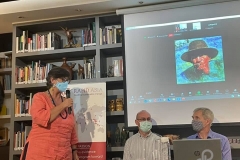 All speakers joined in Q & A session 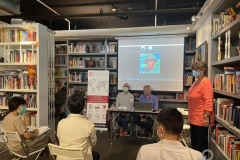 A participant raised a question 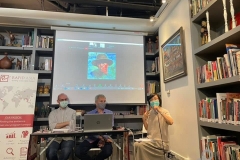 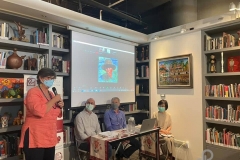 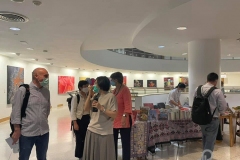