Brief Discussion
Film Screening of Solo Solitude (Istirahatlah Kata-kata, with English subtitle) by Director Yosef Anggi Noen and Producer Yulia Bhara Evina Bhara. In July 1996, riots break out in Jakarta, Wiji Thukul, a well-known Indonesian poet, is suspected as a political activist. Wiji is forced to leave Solo for Borneo Island as polices looking for him. At the place thousand miles away from home, his mind and heart still remains with his wife and children living under surveillance in Solo. Wiji cannot handle the situation anymore. He decides to go back home. What is life if you can’t be with the ones you love? The movie was selected to premiere at FF Locarno 2016, Switzerland, and won Golden Hanoman Award at  JAFF (Jogja Asian Film Festival) 2016, Golden Hanoman Award as well as the best film at ASEAN Film Festival, Bangkok, 28-30 April 2017.

Director Yosef Anggi Noen,  his first feature film “PECULIAR VACATION AND OTHER ILLNESSES” (2012), competed at the FF Locarno, followed by the short film “A LADY CADDY WHO NEVER SAW A HOLE IN ONE” (2013). He won the Sonje Award for Best Short Film at the 2013, Busan IFF, and Grand Prix at the 2014 Short Shorts FF & Asia. His latest film is SOLO, SOLITUDE (2016)

Producer Yulia Evina Bhara, work as a film producer for SOLO, SOLITUDE (2016) and short film ON THE ORIGIN OF FEAR (2016). 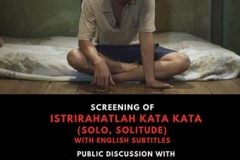 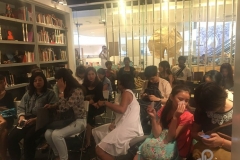 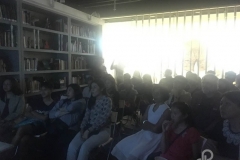 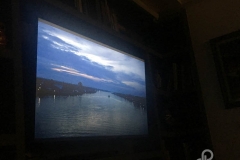 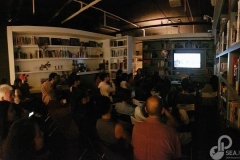 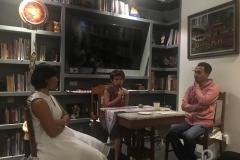 Discussion with director
and producer 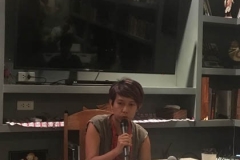 Yulia talking about
the film 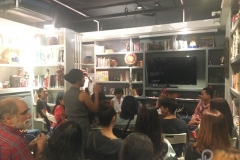 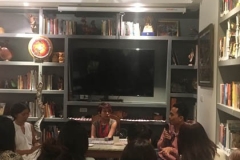 Anggi interacting with
the public 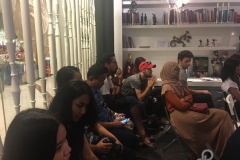 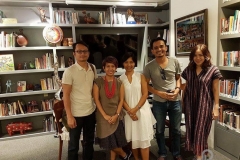