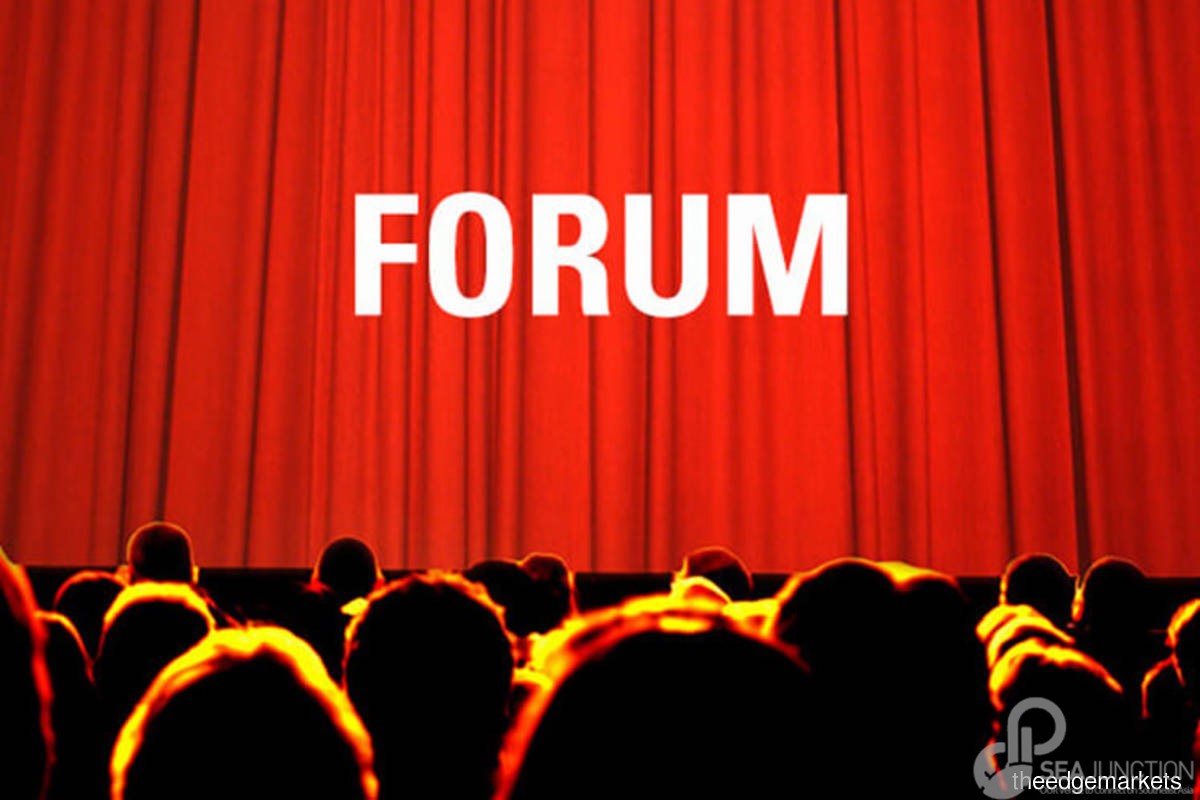 Article by : Khor Swee Kheng originally published in The Edge Malaysia on 20 September 2020

Southeast Asia’s health systems are remarkable for an absence of meaningful regional collaboration. What are the barriers to collaboration, why should we collaborate more and how can we get started?

Several structural reasons prevent meaningful collaboration, integration or capacity-sharing between countries in Southeast Asia. The first hurdle to collaboration lies in the tame mandate for health in the Association of Southeast Asian Nations. Asean was formed as an intergovernmental (not supranational) entity with a core principle of non-interference in the sovereignty of member states. The Health Division is one of 46 divisions in the Asean Secretariat based in Jakarta and is understaffed and undercapitalised in financial and political terms.

The focus of Asean is economic, political and security collaboration, not health. Therefore, Asean rhetoric in the health sector is heavily focused on the trade-related and economic aspects, not strengthening health systems. It promotes private healthcare, health tourism, health insurance and the mutual recognition of healthcare professionals with varying degrees of success. Although there is some non-trade health infrastructure such as the Asean Coordinating Centre for Disaster Management, there are many missed opportunities in regional public health, disease surveillance or systems strengthening.

Secondly, global health organisations are either absent or uncoordinated in Southeast Asia. Therefore, an Asean Secretariat without a strong mandate for health reforms leaves an unfilled vacuum. For example, organisations such as the Gates Foundation or Wellcome Trust understandably often have offices in China, India or Africa, but not in Southeast Asia. In a way, their absence reflects Southeast Asia’s “Goldilocks Problem”: not poor or populous enough to require help, but not rich enough to be completely self-reliant either.

When global health organisations are present, they are not coordinated. Take the peculiar arrangement of the World Health Organization (WHO) in Southeast Asia. Three Asean countries (Indonesia, Myanmar and Thailand) belong to the Southeast Asia Regional Office (SEARO) headquartered in New Delhi. Other members of SEARO include India, Pakistan and Bangladesh.

The remaining seven Asean countries belong to the Western Pacific Regional Office (WPRO) headquartered in Manila. Other members of WPRO include China, Japan and Australia. Predictably, SEARO is dominated by the needs of the Indian subcontinent and WPRO is dominated by the heft of China and Japan. This leaves little opportunity for (geographically true) Southeast Asian countries to engage outside the Asean framework.

Thirdly, the dizzyingly diverse political economies and health systems in Southeast Asia make collaboration challenging. The 10 nation states comprise an absolute monarchy (Brunei), constitutional monarchies (Malaysia and Thailand), nominally democratic republics (Indonesia, the Philippines and Singapore), nominally socialist republics (Cambodia, Laos and Vietnam) and a military junta (Myanmar). GDP per capita range from a low of US$1,400 (RM5,830) in Myanmar to a high of US$65,000 in Singapore.

The different political economies and government models lead to highly diverse healthcare systems. All Southeast Asia’s healthcare systems are mixed models, utilising different proportions of general taxation, out-of-pocket payments and insurance (either mandatory social health insurance or voluntary private insurance). Some, such as Thailand, Vietnam or Indonesia, adopt an insurance-driven model, while Malaysia has a taxation-driven model and the Philippines and Myanmar rely on large out-of-pocket payments. This sheer diversity makes collaboration difficult, even without factoring in national priorities, national ego, regional rivalries or funding challenges.

We need more, not less, collaboration

These structural barriers combine with the famous non-interference principle to prevent collaboration. This is despite many visible and collective health crises in recent history that needed regional collaboration. For example, the SARS epidemic in 2003, the Indian Ocean tsunami of 2004 and the decades-long Rohingya refugee crisis could have triggered greater collaboration, but did not go past short-term rhetoric.

The case for more Southeast Asian collaboration is easy to make, despite initial Covid-19 responses that focus on national-level efforts with countries going it alone. One, regional health problems such as the annual transnational haze, the recent outbreak of polio in Malaysia and the Philippines and intra-Asean migration health issues require regional solutions that are beyond individual countries.

These health issues are increasingly regional and global, and the traditional emphasis on the health systems of nation states must evolve. Transboundary pollution, the policies of powerful multinational companies and global social media platforms are just three structural reasons that demand a collaborative response.

Two, the second phase of the Covid-19 pandemic and every future pandemic require regional information- and capacity-sharing. Asean still does not have a meaningful infectious diseases information exchange system, and most information is exchanged bilaterally between technocrats on an ad hoc basis. Some capacity-sharing can be enabled in Southeast Asia, such as a regional vaccine and personal protective equipment (PPE) stockpile or even sharing health professionals such as doctors, nurses or pharmacists through a mutual recognition pathway. Outside the health system, more Southeast Asian collaboration will help establish a regional Covid-free travel zone (see “Smart travel bubbles will not burst”, Issue 1327, July 13).

Three, in a world where the US is withdrawing from global health leadership and is intensifying its geopolitical rivalry with China, a cohesive Southeast Asia provides geopolitical, diplomatic, financial and population heft to protect itself. Health security is a crucial component of regional and national security and is best handled by a united Southeast Asia, and not by countries operating alone. Health security is not just about pandemic responses; it covers the health of mobile populations (for example, migrants and refugees), weaponisation of health information (for example, anti-vaxxers) and bioterrorism; all these require regional responses.

There are other good reasons for more collaboration. Pooled procurement can reduce prices of healthcare goods such as vaccines and medicines. Information-sharing can emancipate research, especially as global health tries to decolonise itself and rely more on Global South research output instead of being driven by Global North agendas and researchers.

Where do we start?

There are three starting points. First, the Health Division in the Asean Secretariat must receive more resources in human, financial and political terms. This will allow it to raise health higher on the Asean political agenda. Beefing up the Health Division will also allow it to fulfil a convenor and coordinator function, which is a crucial step for any Southeast Asian collaboration. Global health organisations, universities, think tanks or Asean partners such as China, Japan and South Korea are other possible convenors. However, the Health Division is the pivotal piece of the jigsaw puzzle, is currently the best placed and can receive significant help from other organisations or countries to co-convene.

There is one caveat: The operating structure of Asean provides a lot of responsibility and privileges to the country holding the rotating Chair or the country nominated to lead a specific project. The beefed-up Health Division will have to appropriately and strategically navigate regional politics and be seen to be helpful, not threatening.

Finally, the private sector can be used as a starting point for more regional collaboration. There are several themes to help us understand how. Southeast Asian governments and Asean have always been comfortable with private enterprise in their political economies and will therefore welcome private initiatives. Private sector strength is one reason for governments to “regionalise”, in this case to effectively stimulate and regulate the private sector; an example is Europe’s Competition Commissioner. Across the world, rapid private sector innovation frequently forces governments to follow with regulations; for example, in tech, platform companies (such as Grab) or in digital health (such as wearables).

Health nationalism is temporary. Covid-19 has seen nationalism and protectionism rise, but that is only the acceleration of a multi-year trend that attempts to reverse the negative effects of globalisation on national sovereignty, individual identity and the political economies of nation states. While we are seeing country-level health systems respond mostly behind their national borders, these systems remain at the mercy of the tectonic forces of history, geopolitics and geoeconomics. Health nationalism is dangerous, and it will not last.

Southeast Asia’s health systems must resist any blanket retreat into the imagined safety of national borders. We can only be healthy if our neighbours are healthy, and that is reason enough to collaborate.