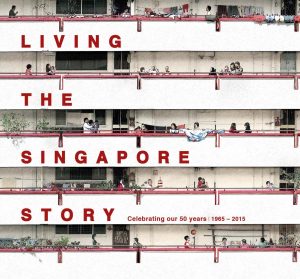 SINGAPORE- When Singapore’s first Prime Minister Lee Kuan Yew had promised in the 1960s that 50,000 flats would be built in five years, the unenviable task fell on the shoulders of Mr Alan Choe, Singapore’s first town planner. “Back then, in Asia nobody had attempted so much high-rise building of such a scale, and in so quick a time,” said Mr Choe, 84. “We had no models to learn from.”So the architect planner at the Housing Board and his team improvised. Instead of using bricks, they used cement hollow blocks which were three times the size, so the buildings could be built quickly.

They started with one-room, two-room and three-room flats. They exceeded the target and delivered more than 54,000 flats in five years, some of which were in Queenstown, Toa Payoh and MacPherson.

“The most challenging part was always surveying the land we wanted build on,” Mr Choe said. “Many gangsters ruled their own turf and if they knew what we were going to do, they would not like us. My friends told me, ‘If you go in, you may not come out’, so I always went with security officers.”

Mr Choe’s story, along with those of 57 others, is chronicled in the official SG50 book titled Living the Singapore Story: Celebrating our 50 years 1965-2015, launched by President Tony Tan at the National Library in Bugis in May 2015. Commissioned by the National Library Board and produced by The Straits Times Press, the book is a “people’s history”. It tells Singapore’s history from the eyes of 58 people from all walks of life, ranging from the late Prime Minister Lee Kuan Yew to a taxi driver, a satay seller and a retired domestic helper.

Minister for Education and Chairman of the SG50 Steering Committee Heng Swee Keat said that the book chronicles the “small steps and great strides” of Singaporeans. These are “honest and heartfelt accounts that exemplify determination and fearlessness of Singaporeans”, he said.

One of his favourite stories was of satay seller Ngalirdjo Mungin, 94, who started out only knowing how to make kueh. But he really wanted to make satay and hung around satay sellers and memorised their ingredients. He even innovated with his own techniques.

Another story features Angel Ng, 50, who was jailed eight times but bounced back to be a call centre manager. Like her and Mr Ngalirdjo, most of the 58 story tellers featured in the book are unknown to the public.

Professor Tommy Koh, who chaired the advisory committee for the book, said: “It is the stories of these Singaporeans and their virtues of hard work, discipline, courage, self-sacrifice, willingness to embrace change and can-do spirit that we wish to celebrate.”