The short documentary that will be screened on 11 January 2019 at 6PM at SEA Junction exposes the atrocity of using rape as a weapon of war.

The film revolves around the stories of four women from Myanmar:  Shamima, a volunteer counselor working with rape survivors in the Rohingya refugee camp in Bangladesh, Dil Kayas, a teenage survivor and San Lung and Lu Ra, the sister and mother of two Kachin school teachers brutally raped and killed in 2015.

Powerful testimonies from survivors, witnesses and activists explore the far-reaching impact of sexual violence and trauma upon women and affected families and communities, and call for justice and an end to impunity.

Produced by Kirana Films in 2018, the documentary has toured the United States recently and will be having his premiere in Thailand on 10 January at FCCT and a day after at SEA Junction. . After the screening, there will be an informal Q & A session with the Director, Jeanne Marie Hallacy and human rights defender Debbie Stothard

Brief bios of the presenters
Debbie Stothard is the Secretary General of the International Federation for Human Rights and Coordinator of the Alternative ASEAN Network on Burma. She is a pro-democracy human rights defender who has been organizing advocacy meetings and campaigns on human rights in Burma and other ASEAN countries for over 30 years. Debbie Stothard has worked as a journalist, community educator and trainer in Malaysia, Thailand and Australia.

Jeanne Marie Hallacy is a filmmaker and photographer producing stories about human rights and social justice issues in Southeast Asia. Her film credits include: Sittwe (2017) on interfaith relations among young people in Rakhine; This Kind of Love profiling Burmese LGBT rights activist Aung Myo Min (2015), Into the Current: Burma’s Political Prisoners, chronicling the history of non-violent resistance in Burma (2012), Mercy (meddah) about a Thai girl who lost her family to AIDS (2002) and Burma Diary, a four-year journal of a refugee family displaced by war (1997). Hallacy directs InSIGHT OUT! photo storytelling project that trains youth affected by natural disaster, conflict and social inequities to create media. 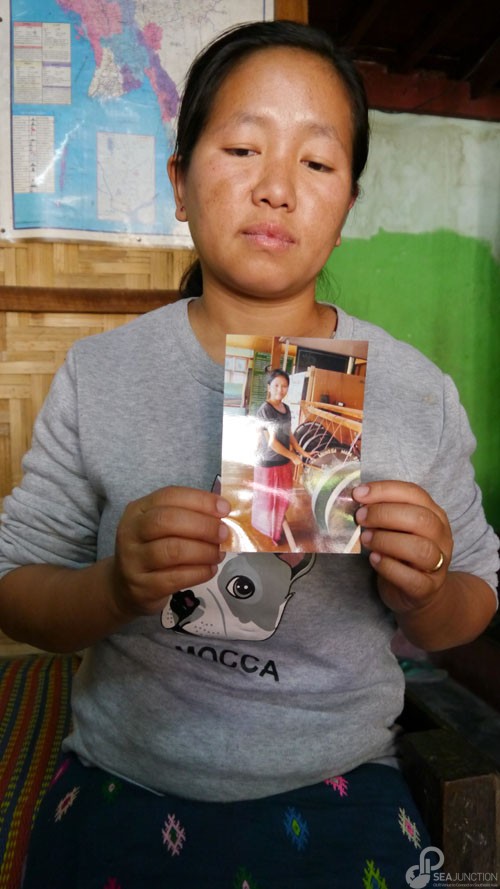 The event is free, but donations are welcome to enable SEA Junction to continue its activities and keep events accessible to the public.

For information/reservation for our events please email southeastasiajunction@gmail.com or phone/wa:+66970024140

SEA Junction, OUR Venue to Connect on Southeast Asia (see https://seajunction.org) SEA Junction aims to foster understanding and appreciation of Southeast Asia in all its socio-cultural dimensions –from arts and lifestyles to economy and development. Conveniently located at Room 408 of the Bangkok Arts and Culture Centre or BACC (across MBK, BTS National Stadium) SEA junction facilitates public access to knowledge resources and exchanges among students, practitioners and Southeast Asia lovers. For more information see seajunction.org and join the Facebook group https://www.facebook.com/groups/1693055870976440/