Islamic Fundamentalism and the Politics of Gender in Contemporary Indonesia 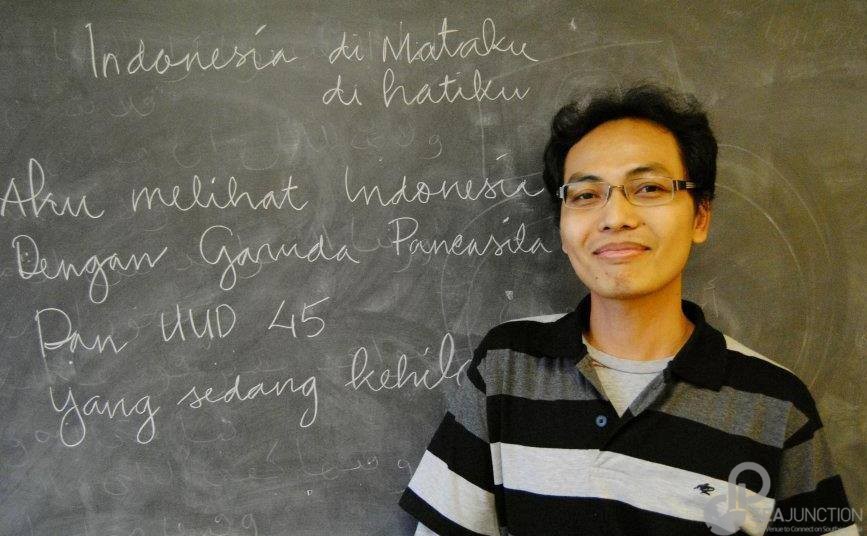 There has been a great transformation in the post-authoritarian era of Indonesian political life. Since the fall of Soeharto’s presidency in 1998, the country appears to be more democratic and tolerant of different social and political identities. The situation provides an opportunity for different groups, including Islamic groups and others considered oppositional during President Soeharto’s leadership, to openly express their political interests and fight for their political agendas. Freedom of expression and the protection of human rights are often highlighted by such Islamist political movements. Interestingly, people in Indonesia see them as a threat to recent and future Indonesian democracy as they are often involved in intolerant actions.

Three Islamic-based organizations actively participate in the political campaign for   an Islamic, or Sharia, state in Indonesia. They include two mass-based organizations, the Defenders of the Islam Front or Front Pembela Islam (FPI), the Liberation Party of Indonesia or Hizbut Tahrir Indonesia (HTI), and the political Justice and Prosperity Party or Partai Keadilan Sejahtera (PKS). How are gender and sexuality applied as an inseparable strategy and agenda in this political movement of transforming Indonesia into an Islamic or Sharia state?  How are gender and sexuality deployed in the Islamist groups’ systematic political efforts from political propaganda, through knowledge production, to policies and law-making?

I refer to a number of recent cases that involved these Islamic groups and their supporters and sympathizers. First, FPI were involved in many cases of violence against groups seen as voicing Western concepts of human rights and women’s rights — feminist groups, LGBT groups, and liberal Muslim groups, including Muslim feminists.  The group attacked the Annual Meeting of the International Lesbian, Gay, Bisexual, Trans and Intersex Association (ILGA) and a national seminar on transgender and human rights. Second, HTI’s   political agenda was to change   Indonesia’s ideology of Pancasila, viewed as secular in contrast to the ideology of Islam.  HTI leaders and members were actively involved in anti-LGBT and anti-feminism campaigns, publishing extensive writings, and giving public speeches that attacked secularism and liberalism along with those considered its advocates and supporters, including feminist groups. Third, the Justice and Prosperity Party was among the most active political groups behind the Anti-Porn Bill that criminalizes women’s sexuality.  Members and supporters of the party actively criticize feminist groups and LGBT groups promoting Western concepts of feminism, gender, and sexuality. Finally, following the legal implementation of Islamic Sharia law, the Government of Aceh issued a number of local bylaws that cover the issues of gender and sexuality and authorize government control over them. The law, for instance, criminalizes unmarried couples sharing a close or locked room and suspected of sexual activities.

The Indonesian House or Parliament (DPR) is currently working on an anti-homosexuality law that will criminalize same-sex sexual relationships. It will restrict LGBT groups from organizing and prohibit   employment of LGBT people. The members of DPR from PKS are among the loudest and most active advocates of this law. Meanwhile, in Aceh, a province to which the Indonesian national government granted the legal right to implement Sharia law, some local authorities have warned that they will shut down businesses, such as beauty parlors, that employ LGBT people.

In academic fields, gender politics is found in the Islamization of Indonesian feminist history and the claim of particular Muslim groups of the great contribution of historical Muslim figures to the women’s liberation movement. This challenges the nationalist claim that makes a secular figure, RA Kartini, the heroine of Indonesian women’s liberation. The Muslims’ claim cannot be separated from the political agenda of changing liberal and secular gender norms as Kartini campaigned concerning Islamic gender norms.

How do the above cases trigger public fear in Indonesia? People are concerned that they reflect the Islamist groups’ political agendas and threaten freedom, democracy, and liberal movements as well as an increase in political violence. People are worried about increasing sectarianism. There has been public anxiety about   growing calls to change the inclusive Indonesian nation-state’s ideology of Pancasila with a more exclusive Islamic ideology.  Formalization of Islam as a political institution with a specific political ideology and a political agenda to institutionalize Sharia law has endangered religions, ethnicities, gender and sexuality minority groups, and political choices.  Such political maneuvers would increase intolerant actions toward any or all of these entities. Indonesians are greatly worried about the so-called horizontal conflict that refers to religious clashes among different religious groups, both within and beyond Muslim communities.

In such circumstances, people are anxious that the dream about Indonesia’s “imagined community” will fade and be replaced by an intolerant, fundamentalist Islamic state. In the 1945 State’s Constitution, the founders of the nation stated an ideology that fully respects diversities.   People often compare a proposed Islamic state to what happens in Syria, Iraq or Afghanistan when Islamic fundamentalists and radical groups like the Islamic State of Iraq and Syria (ISIS) and the Taliban destroy countries. In the case of ISIS and the Taliban, women are the targets of attacks; those viewed as exhibiting non-normative sexual and gender identities like gays, lesbians and transgenders are the target of violence.  People who advocate liberalism, democracy, human rights, and feminism are also targets of abuse and surveillance.

Oftentimes, the horizontal conflict opens the way for military force in the name of saving and securing the nation. Viewing past experience of military force in Indonesian politics that exhibited violent and oppressive action including backing up some intolerant and violent non-state groups, people fear that the Indonesian military see recent events as an opportunity to come back to the political stage. This public fear is quite plausible. The Islamist groups mentioned above have a very close political relationship with such strong military figures as General Prabowo Prabowo Subiyanto and General Gatot Nurmantyo. The Islamist groups admire Subiyanto as the most qualified presidential candidate who could save the country from both domestic and foreign threats. This is seen as a happy marriage of Islamic fundamentalism and militarism.

I found a strong indication of how gender plays an important role in a marriage between Islamic fundamentalism and militarism. The Islamist groups claim that military figures like Subiyanto and Nurmantyo display ideal manhood or masculinity needed to protect Indonesia from both domestic and foreign threats including homosexuality. They can be the Father of the Nation like President Soeharto whose military background offered unshaken powerful leadership that has been missed by the Islamist groups. They are against Joko Widodo (Jokowi), a civilian and current president, whom they view as too lenient, soft and “effeminate”.

If the present circumstances remains, we may see the transformation of a liberal-democratic Indonesia into an Islamic or Sharia state with its traditional, conservative, and intolerant Islamic gender and sexual norms that criminalize and oppress those with gender and sexual nonconformity. It will open both the state’s violence and public persecution of the nonconformists and will increase and secure political and social violence against not just those with gender nonconformity and sexual minorities but also against anyone different, abnormal, or liberal or voicing freedom, respect for diversities, and human rights. Opposition to gender and sexuality here become real political power and an effective political strategy of the Islamic fundamentalist groups.

* Farid Muttaqin is a Doctoral Student at the Anthropology Department of Binghamton University (SUNY), New York, USA. He has worked with various feminist organizations in Indonesia and participates in the Indonesian New Men’s Alliance and the East and Southeast Asia Alliance for Transforming Masculinity. His email is: faridmoe@gmail.com.