Film Screening and Discussion “Me and the Magic Door: Discovering Italian Architecture in Bangkok” 20 August 2022

SEA Junction in collaboration with the Embassy of Italy in Thailand organized the screening and discussion of a documentary film titled “Me and the Magic Door: Discovering Italian Architecture in Bangkok”,directed by Marco Gatti, written by Francesca Andreini and starring Stefania Kim Gardini, Giulietta Consentino and Samuel Nai on 20 August 2022, 5.00-7.00 pm at SEA Junction.

The film is a non-profit cultural project aiming to showcase the best of Italy’s cultural legacy in Thailand. It unfolds from the perspective of Fai, a Thai-Italian character who travels to Thailand to write an article about the Italian cultural heritage in Siam. The audience could follow Fai’s journey and her discovery of many iconic places such as Ananta Samakhom Throne Hall, inside Dusit Palace, Baan Norasing (Government House), Baan Phitsanulok and several other impressive buildings created by Italian architects and decorated by Italian artists, under the guidance of Thai personalities of the time, during the late 19th and early 20th Centuries.

Before the screening, H.E. Lorenzo Galanti, Ambassador of Italy to Thailand, made an opening statement. Then the screening was followed by a discussion and Q&A session with the speakers. 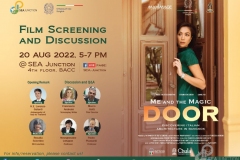 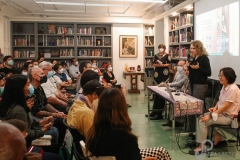 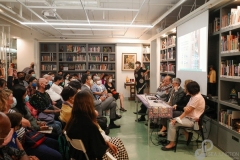 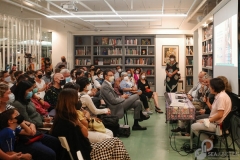 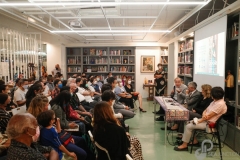 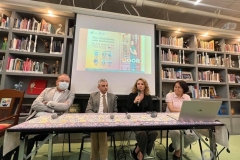 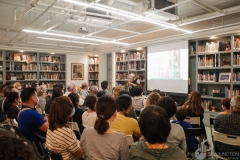 The event is moderated
by Lia Sciortino (Founder
of SEAJunction) 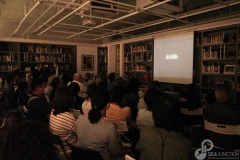 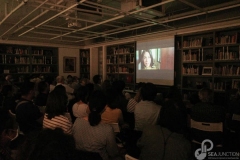 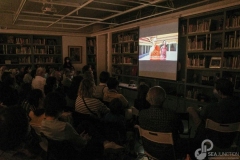 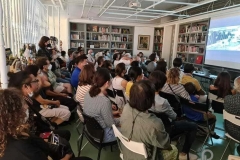 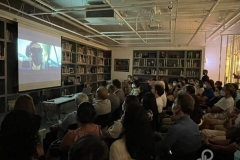 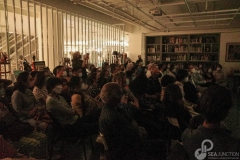 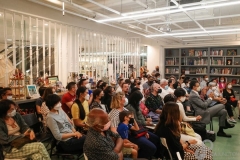 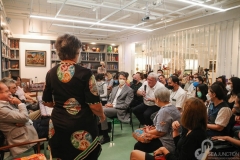 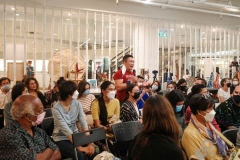 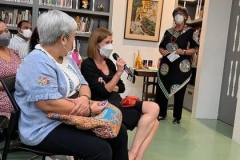 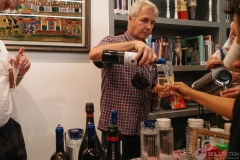 Enjoying Wine after the event 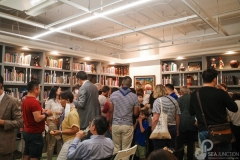