On 4 November 2017 at 5PM, the month-long exhibition “Shift Maps” launched at SEA Junction exposing the personal live histories of refugees and migrants living in Bangkok as written and illustrated by them on palm leaf manuscripts made from the Talpiot Palm, also known as the ‘Shadow Palm’

The opening also featured a panel discussion including Varsha Nair, Rebecca Warren as well as representatives of refugee organizations. The participating refugees for now prefer to remain anonymous, but names/pseudonyms may be provided at a later date if conditions allow it. 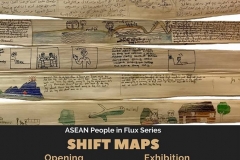 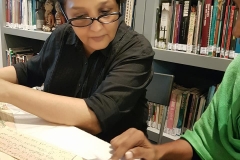 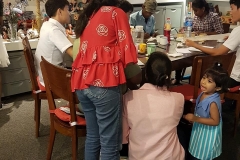 The refugees working
on their palm leave 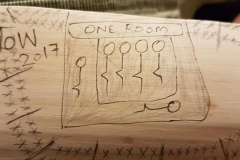 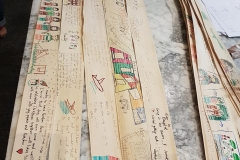 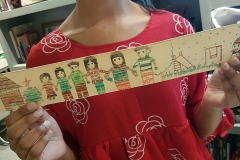 Showing off her work 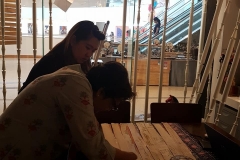 Putting the leave together 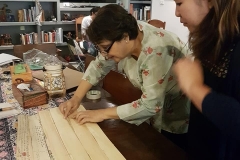 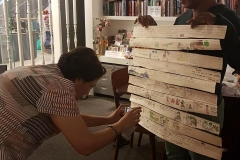 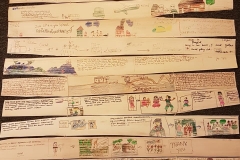 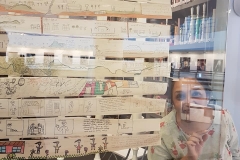 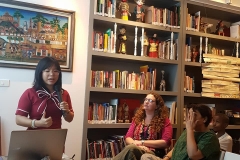 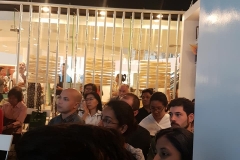 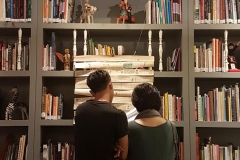 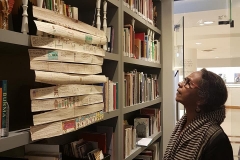 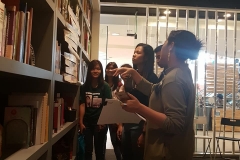 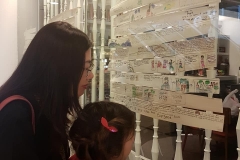