Life of Moken on the Shoreline

These photographs portray the daily life of the Moken people in Southern Thailand.  Moken is one of sea nomad indigenous sub-groups living in solitaire and peacefulness in islands in the Indian Ocean from Myanmar and Thailand to the archipelagoes in the Philippines. However, as their ways of live have been threatened under the control by modern state, the Moken inevitably encounters daily struggles including an involuntary re-settlement on land and the adjustment of their daily habits due to external social influences including media, tourism and environment.

As a result, this has led to various environmental and health concerns to their community from unhygienic lifestyle to over crowdedness.

Yostorn Triyos is a photographer and founder of REALFRAME and has an interest in portraying people in vulnerable situations. For his work, visit the website of his group http://realframe.co/ 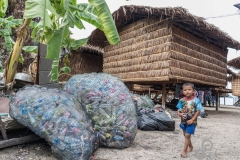 Moken children with plastic
bottles is a normal scene 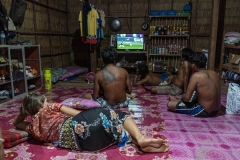 A family gather to
watching TV to understand
outside world 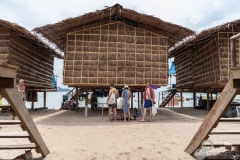 Tourists shopping handicraft
made by villagers 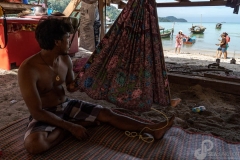 Swinging a cradle while
watching tourists 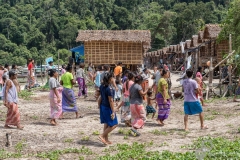 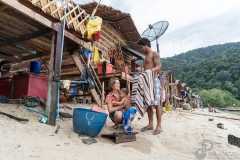 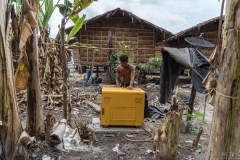 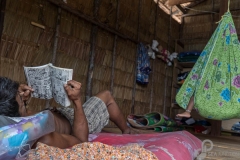 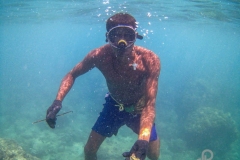 P’Liew showed the
shellfish he caught 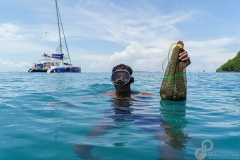 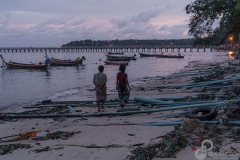 Waste water from
community going into
the sea directly, causing
impact on ecosystem 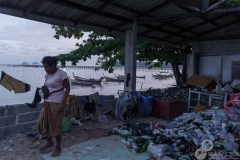 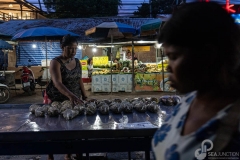 Abalones are sold in
the fresh seafood market
in Rawai beach 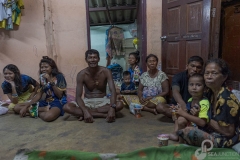 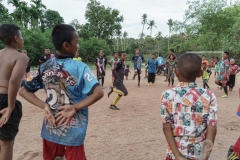