The Philippines ranks among the top performers in the region in 2017, yet there were risks related to domestic governance and security developments. Filipino historian Dr. Maria Serena I. Diokno take a look at her country’s past and presented to analyse its current conditions and implications for the future. She reflected on the rise of populism globally, regionally and in the country and on the combination of new and past traditional forms of leaderships in changing socio-economic contexts. What this setting implies for the traditionally robust civil society that made of the Philippines a model in the region also discussed and so impacted on the governance and legal institutions in the country.

Dr. Djokno is Professor of History at the University of the Philippines Diliman. Her research interests span 19th century Philippines, Burmese history and Southeast Asia studies. Her PhD thesis focused on British firms in Burma in the early 20th century. Recent publications reflect her new interests in public history, having served as Chair of the National Historical Commission of the Philippines from 2011 to 2016. Prof. Diokno served as UP Vice President for Academic Affairs and remains active in the SEASREP Foundation, a network of Southeast Asian scholars aimed at advancing Southeast Asian studies in the region. 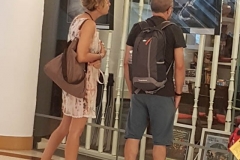 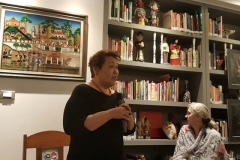 The panelist
Dr.Maria Serena I. Diokno 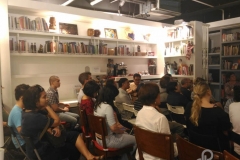 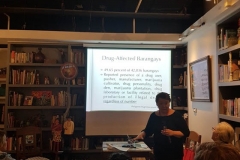 Dr. Djokno, the lea
panellist of the evening 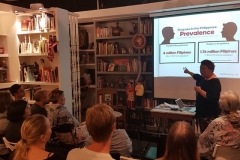 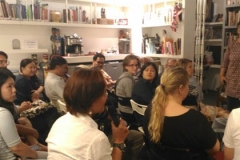 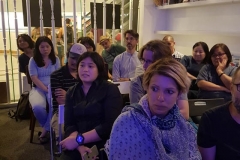 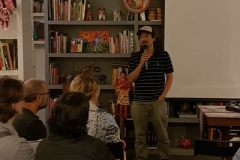 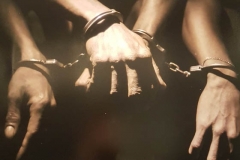 A photograph by Raffy Lerma 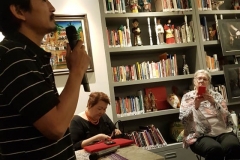 Raffy Lerma talking about
his works 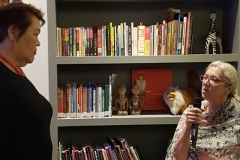 Beginning of the Q & A session 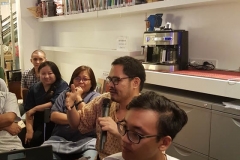 Discussion with the participants 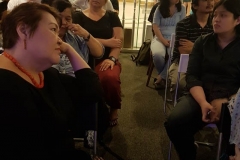