‘Love, Money, And Obligation’: Why (Some) Isaan Women Love Farangs 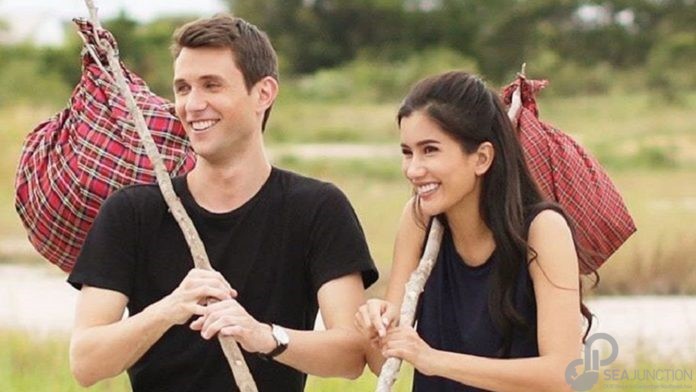 Driving down a dirt road through a rustic Isaan village, one sees concrete houses with garages and satellite dishes strewn all over the vast paddy field. If they don’t belong to the village headman or lotto winner, they must be owned by a mia farang.

A recently-published book by anthropologist Patcharin Lapanun argues that the interracial relationships between a Northeastern Thai women and a Western men do not only create a new generation of luk khrueng mixed-race, but also a new wave of middle class in these villages.

“The social category of mia farang could be read as an emerging class, characterized by enhanced consumption patterns and social recognition,” Patcharin said during a recent launch event of “Love, Money, and Obligation” (2019). “This class also generates tensions with the existing class divisions in the village.”

Her conclusion is the culmination of two years of fieldwork in Na Dokmai village, Udon Thani, where she interviewed 26 women married to farangs, known colloquially as mia farang.

But don’t get this seemingly disparaging term wrong. Patcharin found that these women do not simply fall in love with a foreigner because of their wealth or intimacy.

“Marriage between a Thai woman and a Western man is more complex than money or love,” Patcharin said. “It’s a matter of complex motivations and logics of desire that play a big part behind their union.”

Of course, her findings are anecdotal and may not be true for all couples, but she said her work aims to shed new light on interracial marriages with emphasis on how they impact the hometown of these wives.

The Rise of ‘Mia Farang Bourgeoisie’

Patcharin found that mia farang have created a new social class that resembles the urban middle class within their largely agrarian societies.

“These new class is determined by the distinctive consumption and social recognition,” Patcharin said.

As they have more purchasing power than most of the locals, the mixed-couples have brought greater economic activities to the villages, with grocery shops, internet cafes, and even a visa service agency sprung up to cater to their demands.

Their rise might be a boon to local business owners and landlords, but they are not welcomed by everyone.

Some Isaan men loathe women married to foreigners as they are being edged out competitively from the race for sons-in-law, but also does the established local elites.

Although this conflict usually lies low, it rears it heads during certain social events, such as the pha pa merit-making ceremony.

Patcharin observed several instances where villagers would gather at a temple and donate money by hanging banknotes on a “money tree,” and found that mia farangs were the top contributors.

Such praise, which previously belonged to the elites, not only enhance acceptance of these women, but also shake social recognition of local elites who had been seen as a contributing nobleman, the researcher said.

Another central argument that she made is that motivations for interracial love are diverse and complex, thus the title of her book.

“It is not simply a shortcut to wealth, but a channel for women, their natal families, and rural residents to be involved in global processes and opportunities,” Patcharin contended. “It is a combination of various issues that get them married.”

In Isaan culture, the village is organized by matrilocal kinship system whereby son-in-laws are expected to support their wives by remitting money from their wages to upbring the household without earning the mantle of leadership.

However, as Isaan men masculinity has been associated – whether fairly or unfairly – with undesirable habits like drinking away family funds and cheating on their spouses, they are sometimes seen as a bad option for Isaan women.

“He [the local ex-husband] did not take any responsibility for the family and our children,” Nisa, 33, a divorced mother with a daughter said to the researcher. “What I went through could neither be corrected nor was there anything that could make me feel better about Thai men.”

“Believe me, many women [mia farangs] have the same experience,” Nisa added.

In her studies, more than half of the women she interviewed had been previously married to Thai men. Now they have turned their back on Isaan men and lived overseas with their pua farangs, who are mostly Europeans.

These foreign husbands might earn much more than Isaan men, but still, money is not the only factor in the interracial love formula.

“Women imagined Western men as a good family men and reliable provider,” Patcharin said. “They tend to spend time doing things together with their wives and children more than local men.”

But perhaps the most important factor is the obligation these women have to their natal families, which land them into marriage in the first place.

“One of the most important norms in Thai culture is the notion of bun khun and katunyu,” Patcharin said, referring to filial piety concepts in Thai which literally translate to “debt of gratitude” and “repayment of gratitude.”

“Women are expected to take care of their parents when they become sick or old. As they earn more from marriage, they can support their families and fulfil their duties as daughters.” 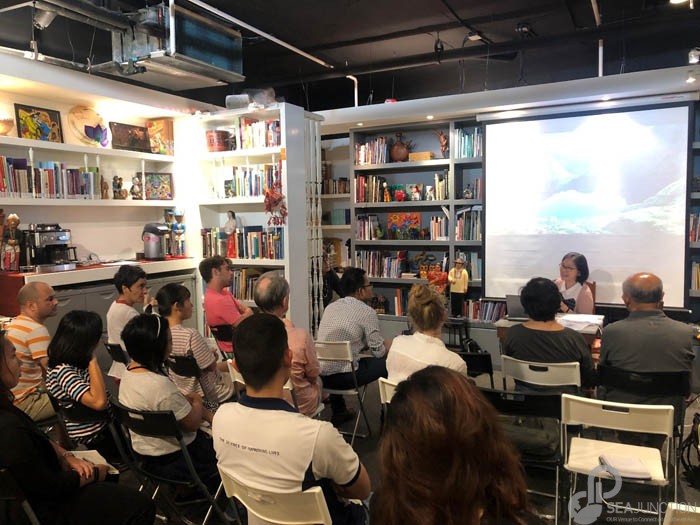 Patcharin speaking to the audience during the book launch event on Sept. 24. 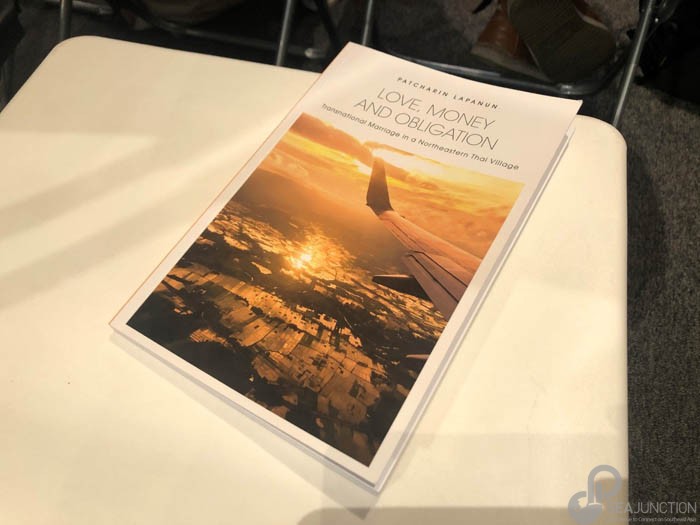