As the COVID-19 pandemic retains its tight grip on life across the planet, the need to convey public health recommendations to remote communities that speak minority languages is more pressing than ever. In Indonesia, both the government and civil society has regularly used song to convey these messages, with songs about personal hygiene and health, the importance of vaccinations and the dangers of illegal drugs among those that have found their way into the diversity of languages spoken across the vast archipelago in recent times.

Linguistically, Indonesia faces a unique challenge as it hosts over 700 languages — almost half of which are now considered endangered. The state language (Bahasa Indonesia) is spoken by less than two thirds of the population. ‘Message music’ moreover needs to consider diverse local cultural contexts, avoiding a blanket nationalistic approach.

An examble can be found in East Sumba, East Nusa Tenggara.  Jekshon, a young singer-songwriter, maker of traditional musical  and ritual speaker (wunang composed a traditional song in the locally spoken Kambera language to warn people about the dangers of COVID-19. Jekhshon’s song, entitled “Rimanya na wiki nda”, which translates as “Take Care of Ourselves” (see video below), encouraged people to fight COVID-19 by avoiding large crowds, staying home, and practicing personal hygiene:

I sing this song so we will all take care, to protect our lives
If someone invites us to an event with a large gathering of people, my brothers and sisters
It is a mistake to attend, because we need to protect each other’s lives during this time
Let’s just stay at home
Let’s diligently wash our hands to protect our health and lives
(for the complete song with music see the video below).

Jekshon’s song was released through his YouTube channel with help from Sumba Integrated Development (SIDe) — a civic organization that is part of the Indonesia Inklusi Learning Network and has initiated a VOICE Empowerment project for the Marapu community in East Sumba. This song and other videos have been distributed from handphone to handphone via Bluetooth sharing, or ‘share it’ (a filesharing application). The song is currently being played via the public address systems of local markets around East Sumba, while SIDe has distributed the song via mini SD cards (for handphones) and flash disks at local market hubs. Due to the success of the song, shortly after its release, local officials began inviting Jekshon to perform at government events and at local health facilities.

The VOICE Empowerement project aims to work in collaboration with the Marapu community to organize workshops and local performances. This project is fronted by Ata Ratu — one of East Sumba’s most beloved female role models and talented singer-songwriters, and is distinguished by the fact that it mandates equal participation from women in a field of traditional music that is generally male-dominated.

Ata Ratu has herself written a song about another important theme in the pandemic — the inability of stranded populations of migrant workers to return to their home villages because of the travel restrictions due to COVID-19 (see video below). “Mbawa Rimangu na annanduma luri mu”, translating as “Please take care on your life journey”, is aimed at the diaspora of Sumbanese people who have left Sumba to look for work or study opportunities in Bali, Jakarta and Jogjakarta, and cannot return to Sumba due to travel restrictions. Many of these Sumbanese people have lost their jobs and are experiencing economic hardship and psychological stress as a result of this situation.

My friends who are in Bali and in Jakarta
I remember you all and urge that you be careful when travelling, as you are in the land of another people where there is a dangerous situation my friends
We are in a state of heartache because we are far apart, please take care of yourself
Don’t go back and forth in a place where there is a large crowd
(for the complete song with music see the video below).

In the East Sumbanese Marapu community, songs are written in traditional poetic couplets called lawiti. Lawiti comes from the fast-paced ritual speech spoken by priests and ritual speakers (wunang) that accompany all Marapu rituals in Sumba. Sumbanese songwriters like Jekshon and Ata Ratu improvise by adapting Lawiti verses to the specific purpose of a song, in this case preventing COVID-19.

Fendi Widianto of EngageMedia is a communication enthusiast who is motivated and dedicated to community development, creative participatory development for vulnerable groups (including disability groups and disadvantage children), and youth empowerment.

This story is a shortened adapted version of the article by Fendi Widianto and Joseph Lamont from EngageMedia, a non-profit media, technology and culture organization. 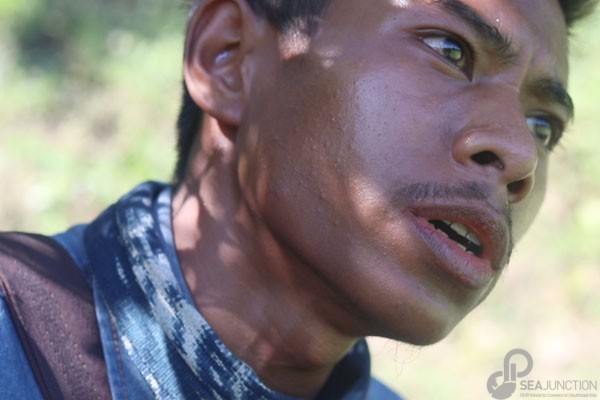 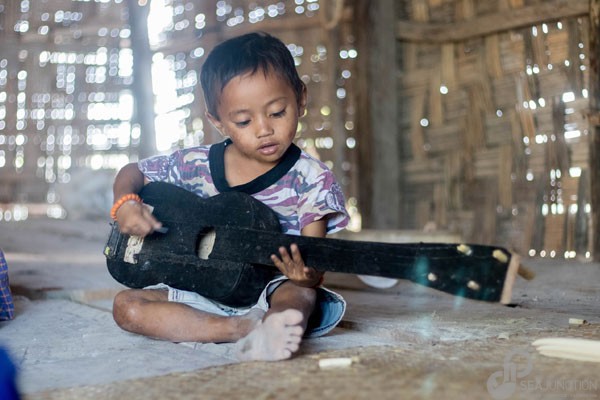 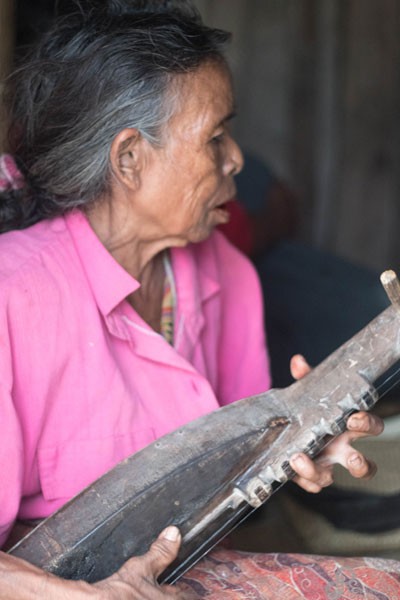 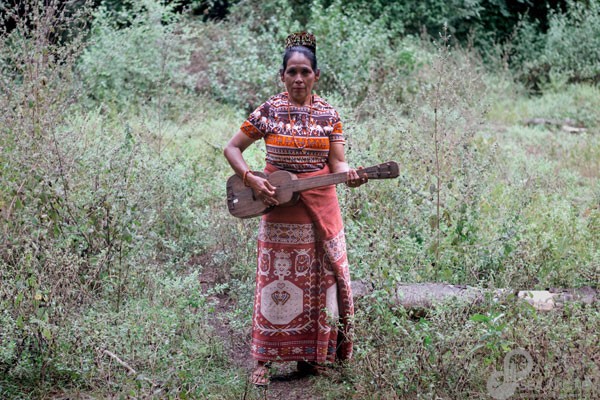 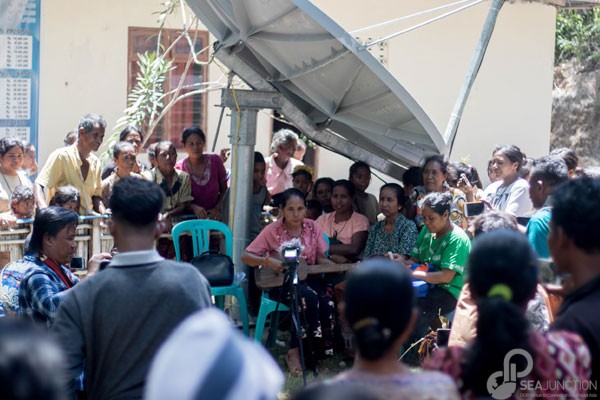 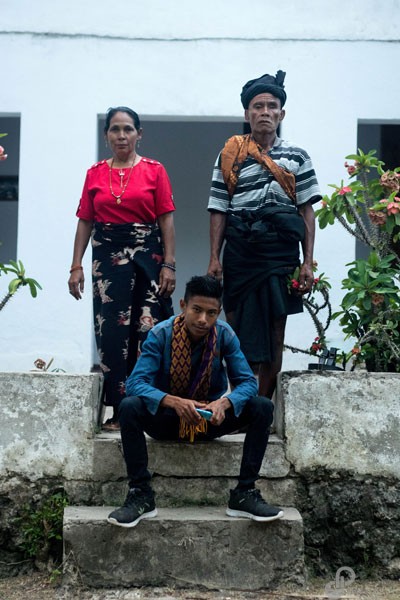 Ata Ratu, Jekshon and Hina Ranjantaka (Left to Right) after performing for the Marapu community in Hangaroru 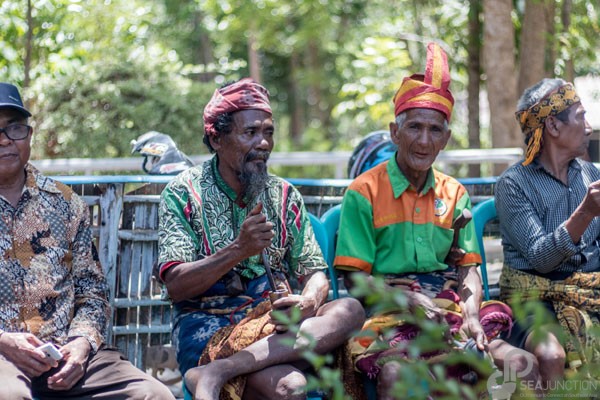 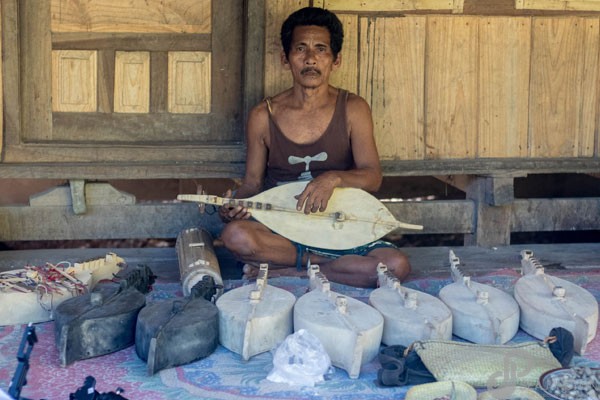 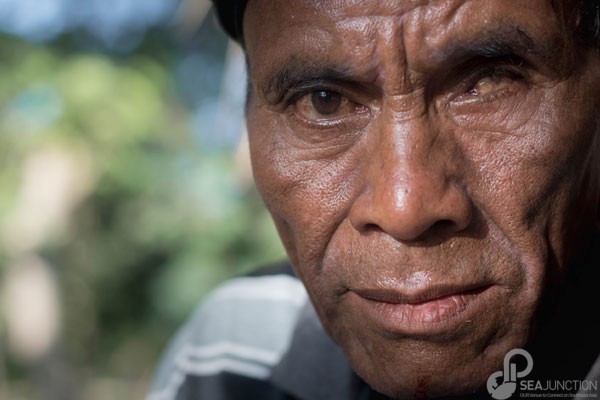 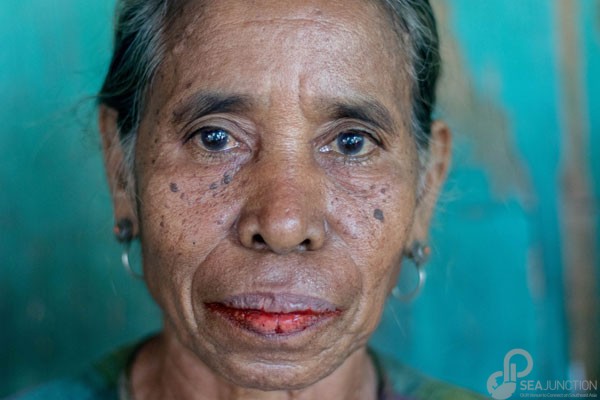 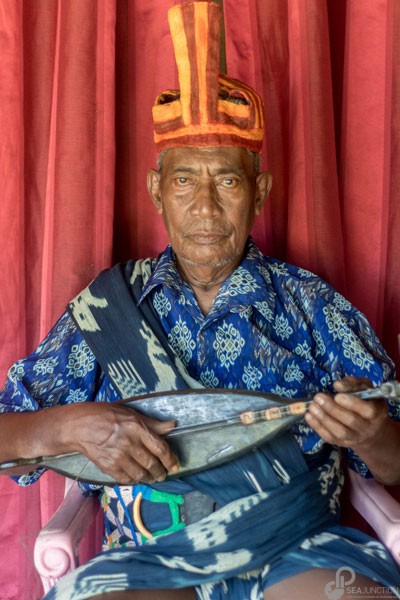