The Disappearance of “Khai” River Weed in Northern Thailand

Photo essay for the Special Initiative “The Mekong is Blue and Dried: Visual Storytelling of the Mekong River’s Environmental Degradation” by SEA Junction and the Samdhana Institute

The Mekong River’s water levels were particularly low in 2019 in Chiang Khong District of Chiang Rai Province in the Northern most of Thailand where the Mekong enters the country’s territory from Laos. This due to the massive dam construction upstream, which exacerbated the impact of the prolonged drought. To investigate the ecosystem conditions Phairin Sohsai a campaigner for International Rivers went to Chiang Khong in February 2020 to collect data at the beginning of dry season when the Mekong water usually decreases. The weather at that time was hot and sunlight shined through the riverbed where pebbles are common element of the river’s ecosystem. “Khai” or river weed grows on pebbles when the water is low with enough sediments and sunlight. Khai is an important intake for scaled fish and some species of fish that eat flora, such as the endangered giant catfish, as well as being a source of nutrients for people.

Seasonally, khai appears every year and is collected by the villagers during the months of February-April. The villagers take the whole day to collect enough khai before they process it and sell it in the local market. A small bunch of fresh khai is about 20-25 baht. Sun dried khai is approximately 1,000 baht per kilogram. Over a decade ago, khai was the main source of income for the villagers. They used to make 100,000 baht from selling seasonal khai during the three months it grows in the Mekong River. But their harvest now is smaller and of less quality thus they make less and their livelihoods are affected by the Mekong dams in China’s Yunnan province.

Women are particularly vulnerable as they are the main khai collectors. They observed that the Mekong river has less sediment in the water and the water is clearer than previous years. This implies low level of nutrients in the river and it is the cause that khai doesn’t grow well and is becoming shorter. The release of water from the dams in the dry season to generate electricity also causes unseasonal water fluctuation, that negatively affect the growth of khai. Women complain that they need to spend more time to collect khai to earn less incomes.

Activist Jeerasak Inthayos of Rak Chiang Khong Group said: “Normally, in the rainy season the Mekong River will be murky. Then, the water level is lower when the dry season starts from late January or early February and the water flows would carry sediments from the rainy season. But after the upstream dams on the Mekong were built, natural sediments are blocked by the dams. As a result, this dry season, the water was very clear – that is not a good condition for khai to grow because they miss the nutrients.”

The unprecedented changes in the flow of the Mekong river are leading to the disappearance of khai. This local food for communities along the river is no longer sufficient for the villagers and for sale. It is so bad, that some villagers in Chiang Khong have started to import khai from the Mekong’s tributary rivers in Laos to supply their food source. Khai is an important indicator of the Mekong River’s wellbeing, its disappearance tells us that the river is also slowly dying.

Photographers/Storytellers
Phairin Sohsai is a campaigner with International Rivers. She has been working with local communities in Thailand and in neighboring countries for over a decade to protect the health of the river from large-scale development projects especially hydropower dams on the Mekong.

Organizers
The Mekong is Blue and Dried: Visual Storytelling of the Mekong River’s Environmental Degradation is a special initiative of SEA Junction and its partner the Samdhana Institute to provide a platform for the creative use of visual documentation and art to advocate for environmentally and socially friendly measures for the Mekong River. The initiative is also supported by the Vietnam-based Mekong Environment Forum. 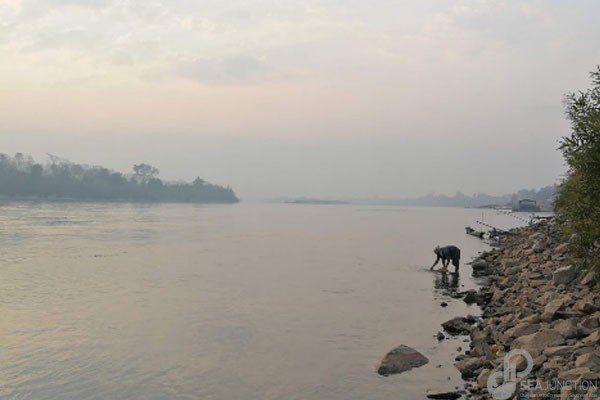 The Mekong River during the dry season in February 2020 in Chiang Khong District along the Thai-Lao border, February 2020. (Photo by Phairin Sohsai) 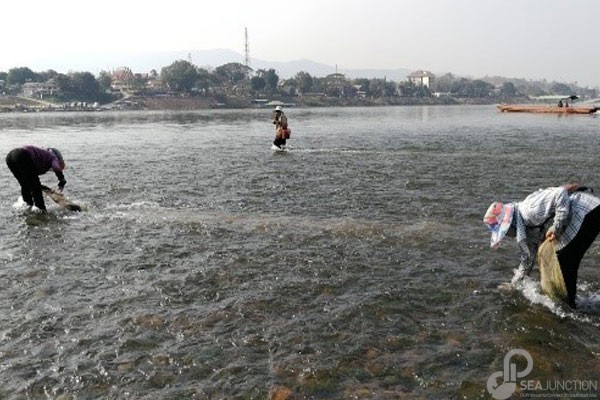 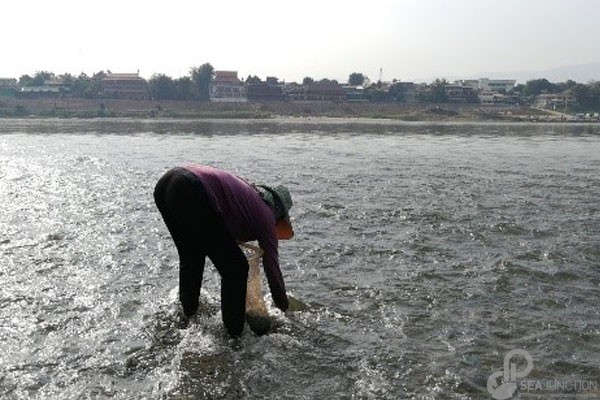 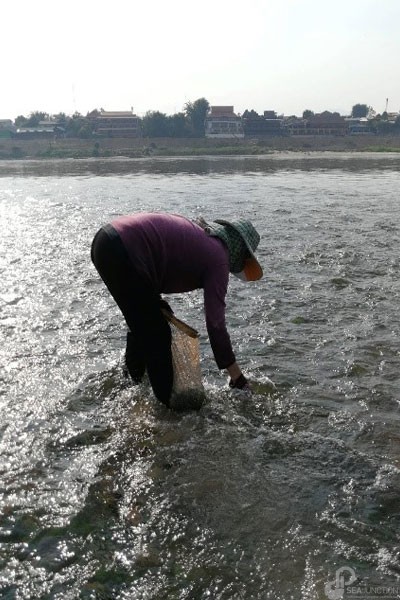 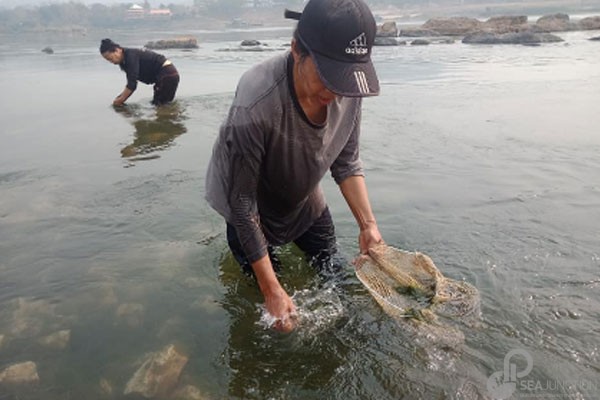 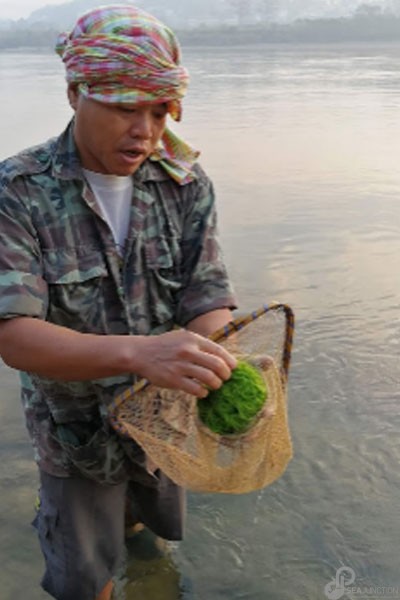 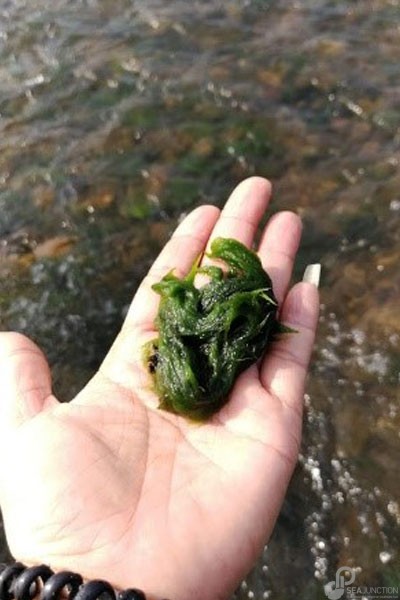 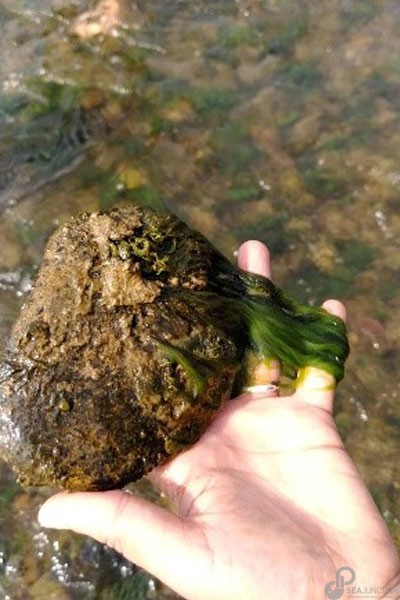 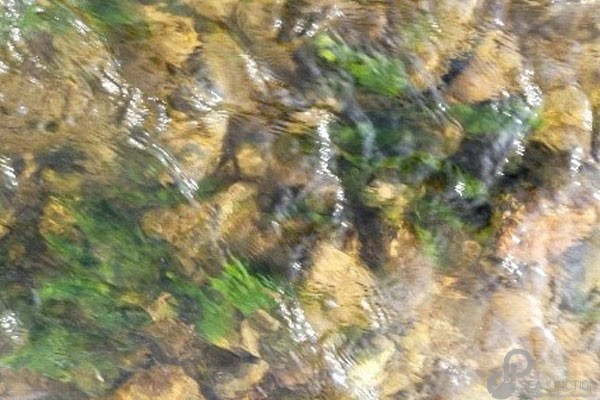 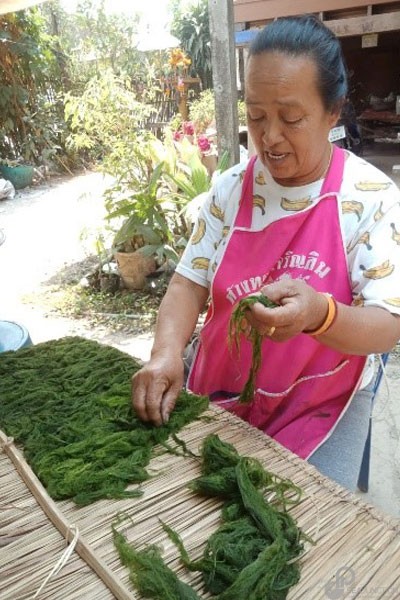 A woman arranges khai before sundried it (Photo by Jeerasak Inthayos) 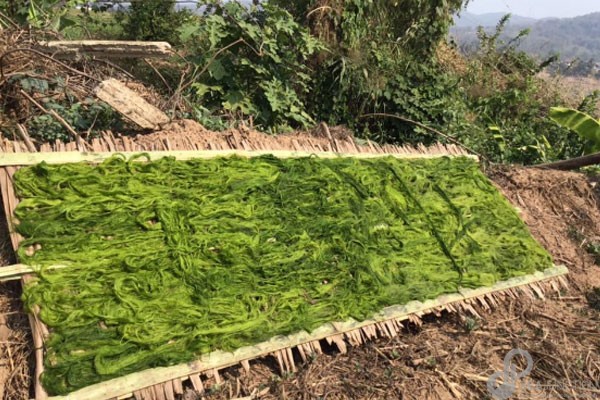 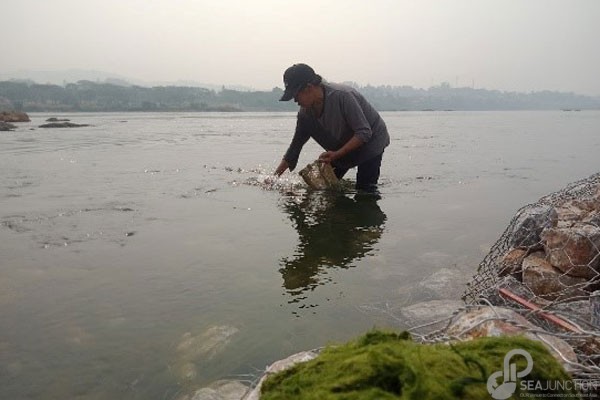 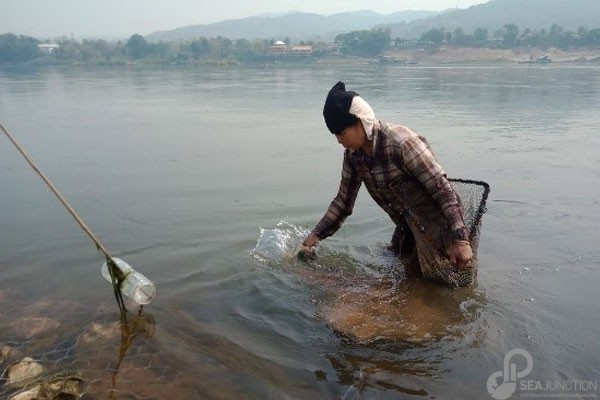 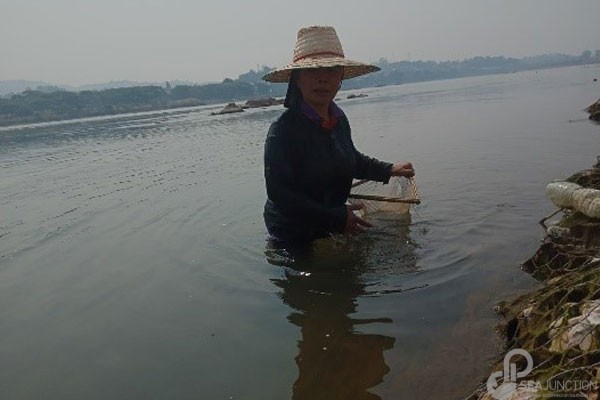 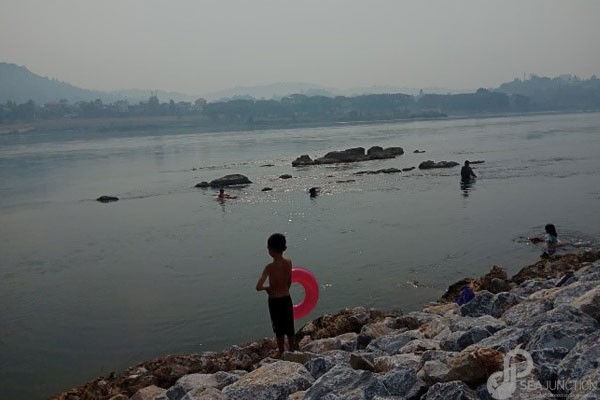