Photo essay for the Special Initiative “From Fear to Resilience: Visual Storytelling of  COVID-19 in Southeast Asia” by SEA Junction and Partners.

Covid-19 and social distancing measures have precluded wayang kulit (leather shadow poppets) performance artists including puppeteers, musicians, singers and sound system operators to hold performance events and thus to earn any income. Out of work and unable to express their art, artists have been left with little choice but to go virtual. However, not all artists are able to do so because of many different conditions – whether it be lack of equipment, knowledge or skills. To enable the traditional shadow puppetry artists to continue their work amid the pandemic, Yayasan Sang Parmata led by dalang (puppeteer) Ki Wahyu Dunung Raharjo conducted the training to equip them with skills and knowledge about virtual performance.

The 3-day training employed COVID-19 health protocols, including checking temperature, using maskers, cleaning hands and objects with alcohol and keeping distance as much as possible. The participants were seven young puppeteers representing groups in the rural areas close to the foundation’s location in the Surakarta Residency. They were trained on how to hold a live-stream show, set up video and audio, plan the budget and pricing for online performances, and how to fulfill Covid-19 health protocol throughout the show.

As the output of this training and practice after learning, the participating artists run their own mini virtual shows, organizing everything on their own from pre-production, production to post-production. In their performances, the puppeteers were encouraged to insert educational material about the importance of implementing health protocols in the community. The artists and all crews, except the vocals, wore masks during the performance to ensure health protocol. The performances were meant to be streamed and no public was present.

The live streaming of the seven performances was held in the week preceding Indonesia’s National Wayang Day on 7 November 2020.  The festival of virtual wayang performances was in collaboration with several wayang institutions in Indonesia such as Senawangi and Yayaysan Putro Pendowo and was streamed on the Sahabat Wayang TV channel, a special channel on Indonesian wayang with thousands of subscribers. All performances are available to watch at https://youtube.com/playlist?list=PLqYHYoIK1xCUas5OXEQQdcxHtzQfK8Q2z.

There are over 11,000 total views on YouTube viewers as of January 2021. The virtual performance streaming exposed the trained puppeteers to wider audiences in addition to their region, even though it doesn’t give both artists and audiences the same sense and feeling like when watching on-site in the pre-pandemic times. The lively interaction between performers and audience will have to wait until COVID-19 is under control, the sooner the better for us all.

“From Fear to Resilience: Visual Storytelling of COVID-19 in Southeast Asia” is a special initiative of SEA Junction and its partners Beyond Food, GAATW and Bangkok Tribune supported partly by CMB to promote an alternative narrative of survival, resilience and solidarity. We are asking for short stories in the form of photo essays, short documentaries and illustrated art essays in any language of Southeast Asia (to be later translated into English) or in English. For more background and other stories click here.

This described activity of virtual wayang performances was supported by SEA Junction’s Small Grant Program “Staying Resilient Amid the Pandemic in Southeast Asia” in collaboration with CMB and WIEGO.
SEA Junction 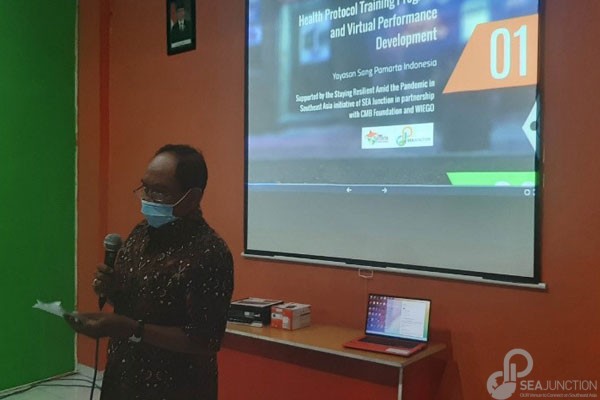 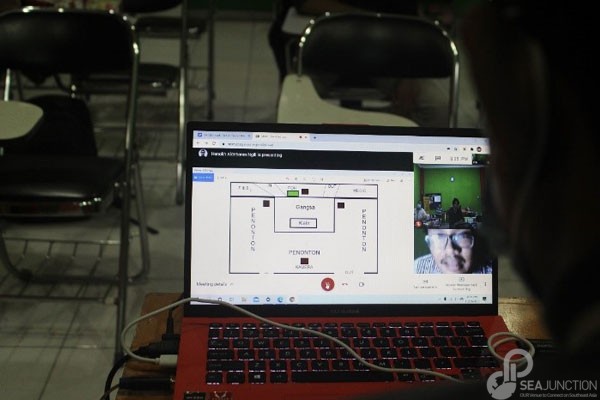 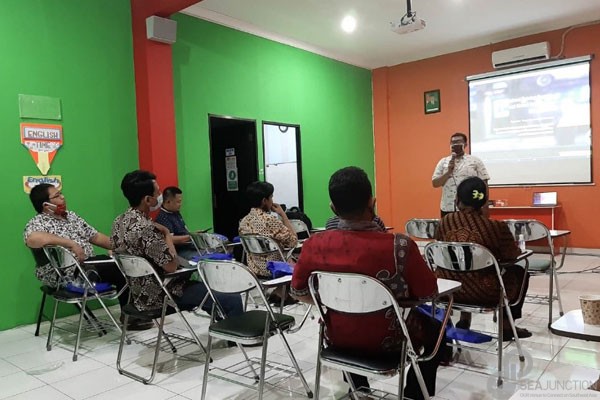 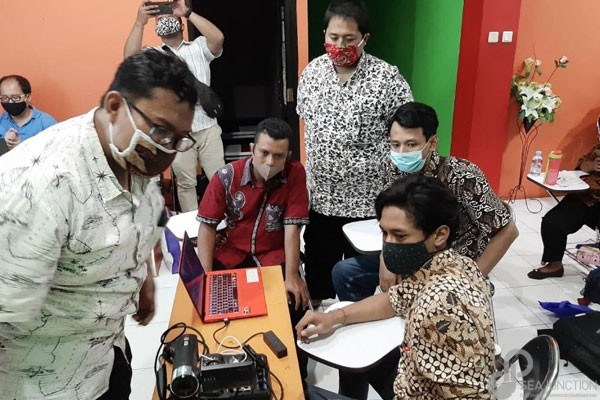 Trainer demonstrated how to use the equipment. (Photo by Yayasan Sang Pamarta Indonesia) 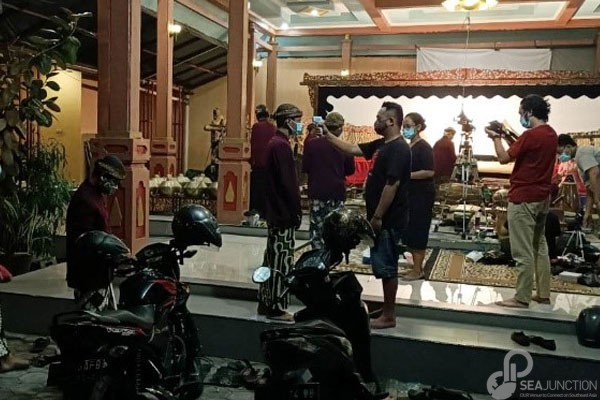 Health protocol was ensured during the training. (Photo by Yayasan Sang Pamarta Indonesia) 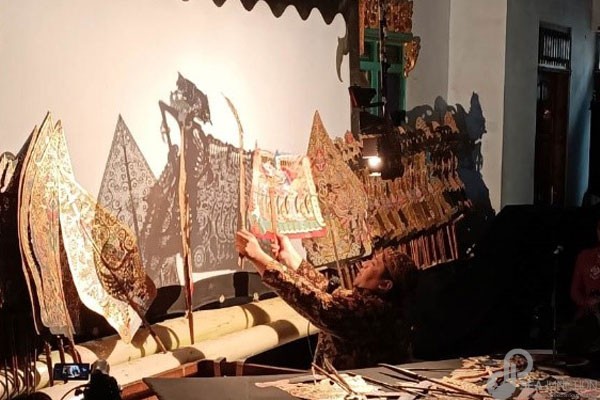 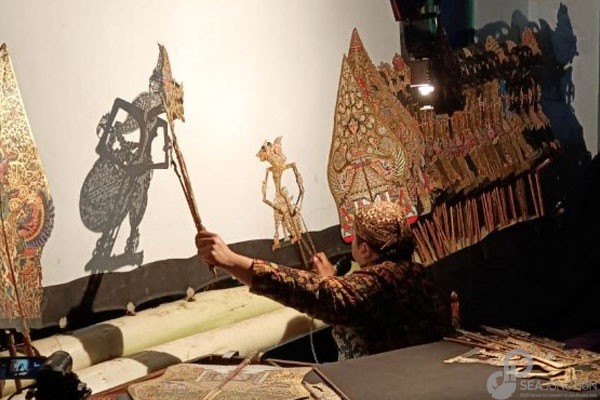 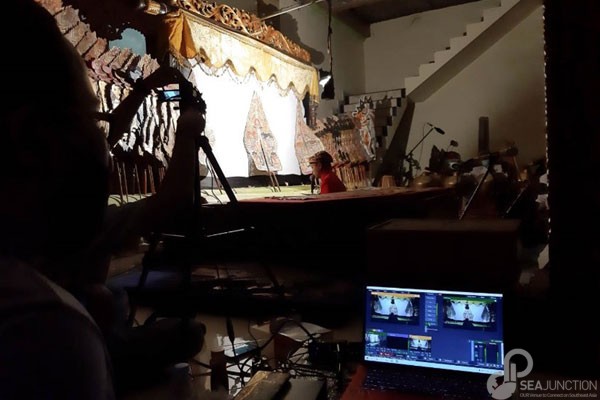 The production crews were behind the scene. (Photo by Yayasan Sang Pamarta Indonesia) 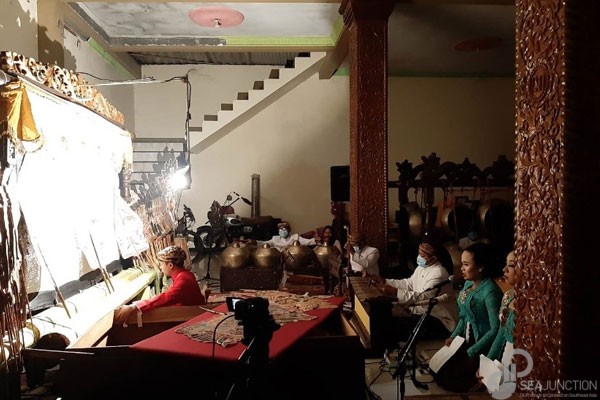 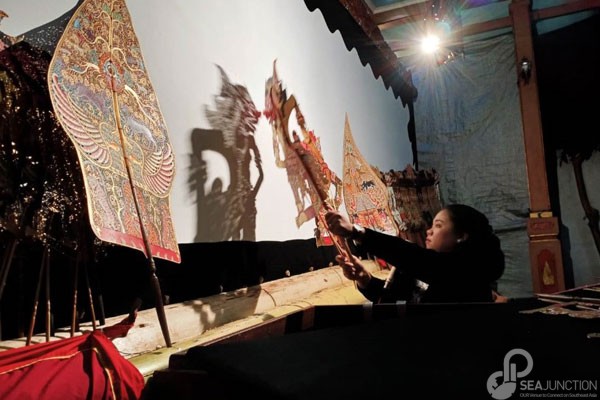 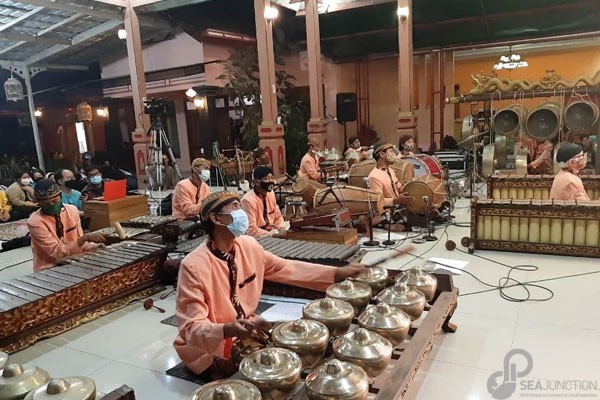 There were many musical instruments for Wayang Kulit. (Photo by Yayasan Sang Pamarta Indonesia) 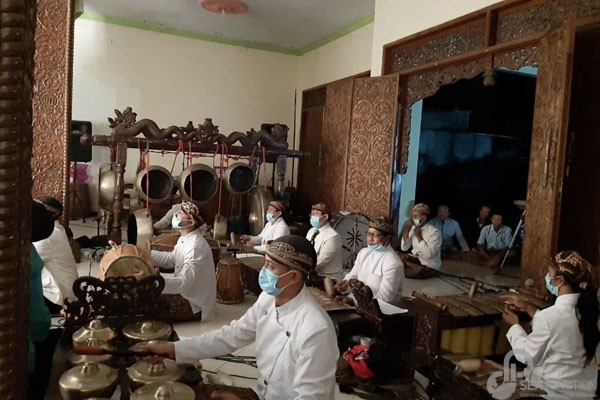 Each musician took each own various role. (Photo by Yayasan Sang Pamarta Indonesia) 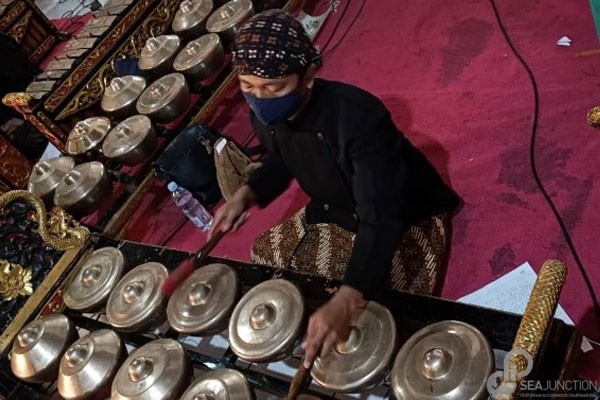 The musician played Bonang Barung, one of the musical instruments in the ensemble. (Photo by Yayasan Sang Pamarta Indonesia) 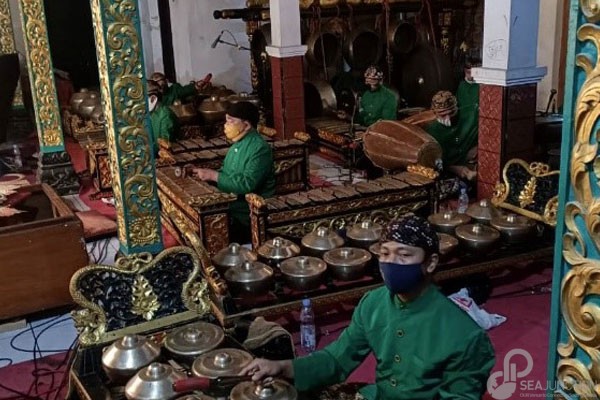 Video of all performances