The government’s official recognition on 2 March 2020 that COVID-19 was in Indonesia, was the beginning of drastic changes in the lives of the country’s 267 million inhabitants. Like in the rest of the world, people had to wear masks, keep distance and wash hands as often as possible. Soon, also lock-down measures or Pembatasan Sosial Berskala Besar/PSBB were introduced, but only in those regions that met specific criteria.

The Special Region of Jogjakarta decided not to implement the measures, but people were encouraged to stay home. Tourism in this second popular Indonesian tourist destination came to a halt, especially after the COVID-19 emergency response status was eventually adopted and later extended. Many shops, restaurants and other businesses have closed down because there has been only few or even no customer coming.

This has affected also those working informally and in the shadow of the law. In Yogyakarta, there are approximately 150 transgender women, commonly called waria, who are working on the streets. They earn their incomes as buskers and sex workers as it is difficult for them to find formal employment due to stigma and discrimination. Most of them live in simple rented rooms and often have only enough to eat. The COVID-19 restrictions have made it difficult for them to earn their little money, threatening their survival.

Some transgender organizations such as the Ikatan Waria Yogyakarta or Iwayo (Yogyakarta Transgender Association) and the Pesantren Waria Al-Fattah (Transgender Islamic Boarding School Al-Fattah) have been active in providing relief to ease the burden. The Pesantren for transgender women, founded and lead by the widely-respected transgender leader Shinta Ratri, organizes a food bank for the waria, pedicab drivers and other disadvantaged and vulnerable groups every Friday and on special occasions.

Usually, during the Islamic month-long dawn-to-sunset fasting of Ramadhan and for the final celebration of Eid al-Fitr, this year falling on 23-24 May, the Pesantren would prepare communal meals to break the fast and share it with transgender visitors and neighbours But, this year because of COVID-19 they could not hold these communal meals together, except for the waria who live in the pesantren. Also, they could not make the yearly pilgrimage to the tombs of transgender women as they normally would one week before the start of the fasting month. They decided to only hold the customary ritual of Nyadran dedicated to the goddess of rise and fertility, Dewi Sri, to welcome Ramadhan and instead of preparing communal meals they organized the distribution of staple food to members of the transgender community.

In order to do so, they raised funds from concerned individuals and social organizations and bought staple foods such as rice, noodles, cooking oil, snacks as well as masks and sanitizers to prevent infection. The items were put into dozens of plastic bags, which were then distributed to disadvantaged transgender women, their families as well as others in need of assistance. The volunteers brought the bags to the houses, but in those areas closed to people who are not local, they had to ask the receivers to come out and meet in an agreed upon location.

As a recent article in the Conversation put it “LGBT people and groups have shown generosity, resilience and creativity amid COVID-19. They have led their communities to provide social support to their fellow citizens despite being discriminated against in their everyday lives.” And this not only in Jogjakarta, but also in other parts of Indonesia. May this foster more tolerance during and in the aftermath of this pandemic!

Storyteller/Photographer:
Nico Haryono is a documentary photographer based in Yogyakarta. He writes travel articles for Indonesian magazines and has contributed to many books including APCEIU’s Asian Cosmos: Auspicious Patterns of Asia in 2018 and Santri Waria in 2020. He won the Gender Equality Photo Contest and Promoting Gender Equality in Education held by UNESCO in 2008 and 2010 respectively and received a grant from TIFA Foundation for Instagram`s Takeover Program. In addition, he works for various NGOs in long-term projects with a special interest in issues related to LGBT and indigenous people. His Instagram account is @hellopelangi

Organizers
“From Fear to Resilience: Visual Storytelling of COVID-19 in Southeast Asia” is a special initiative of SEA Junction and its partners Beyond Food, GAATW and Bangkok Tribune to promote an alternative narrative of survival, resilience and solidarity. For more background and other stories click here.

SEA Junction
SEA Junction, established under the Thai non-profit organization Foundation for Southeast Asia Studies (ForSEA), aims to foster understanding and appreciation of Southeast Asia in all its socio-cultural dimensions- from arts and lifestyles to economy and development. Conveniently located at Room 408 of the Bangkok Arts and Culture Center or BACC (across MBK, BTS National Stadium), SEA Junction facilitates public access to knowledge resources and exchanges among students, practitioners and Southeast Asia lovers. For more information see www.seajunction.org, join the Facebook group:  http://www.facebook.com/groups/1693058870976440/ and follow us on twitter and Instagram @seajunction. 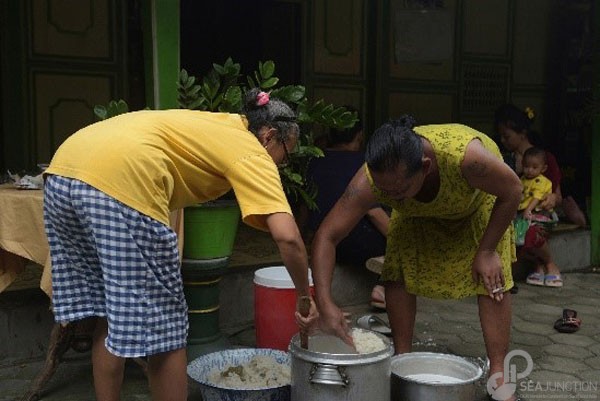 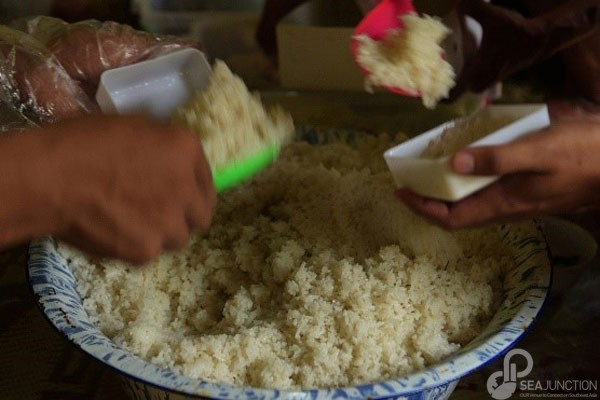 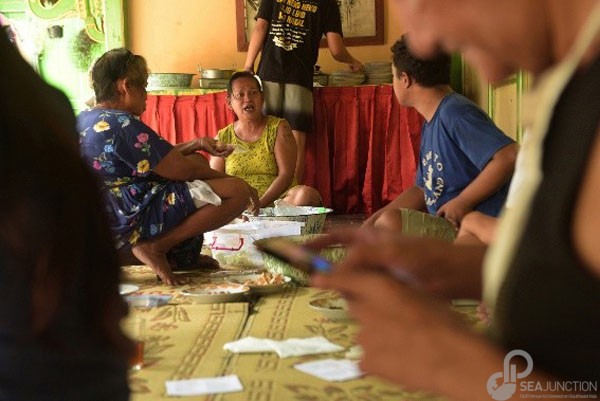 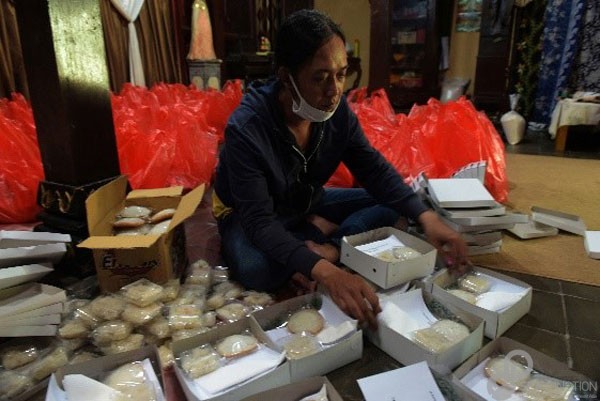 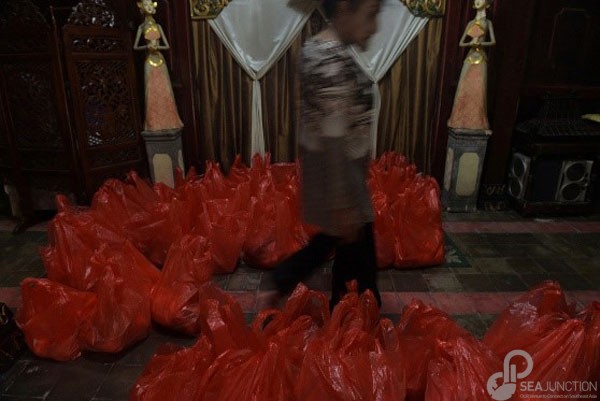 Shinta Ratri, the founder of the Pesantren Waria Al-Fattah, walks to check the bags prepared (Photo by Nico Haryono) 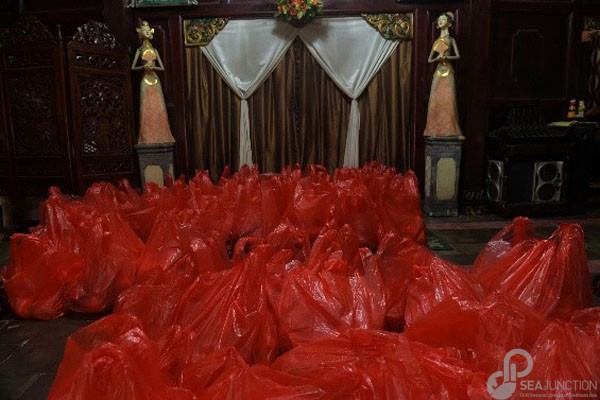 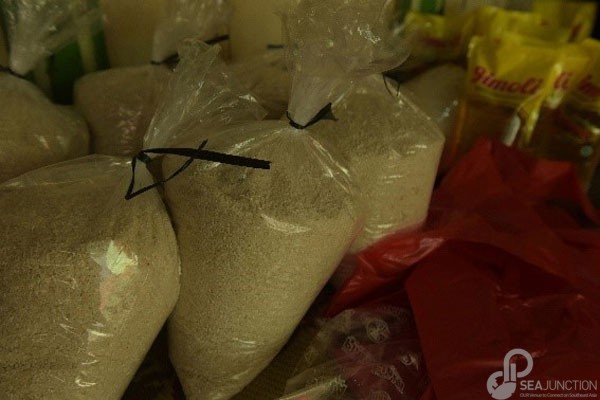 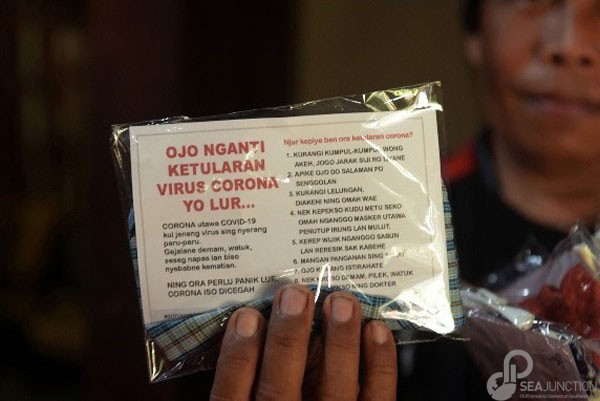 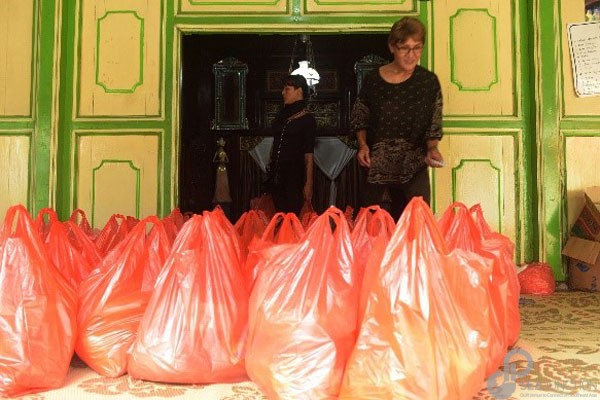 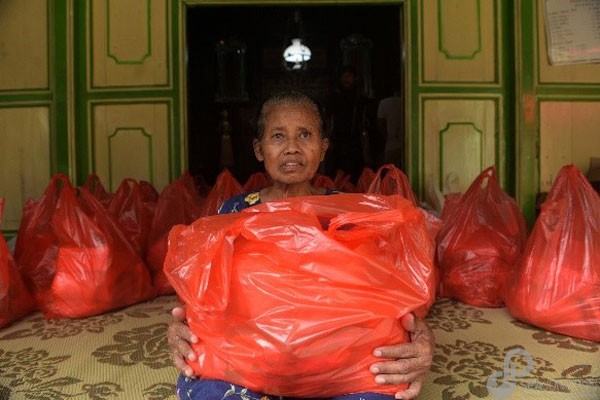 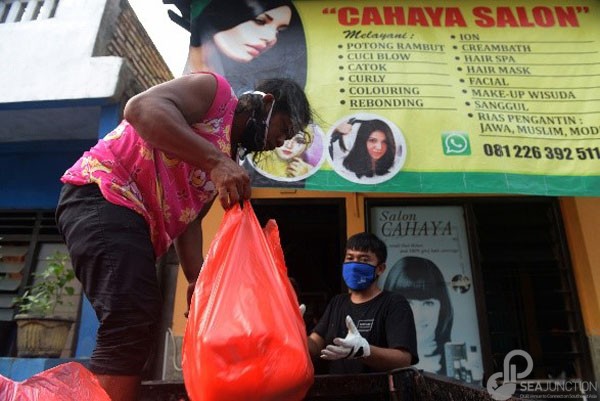 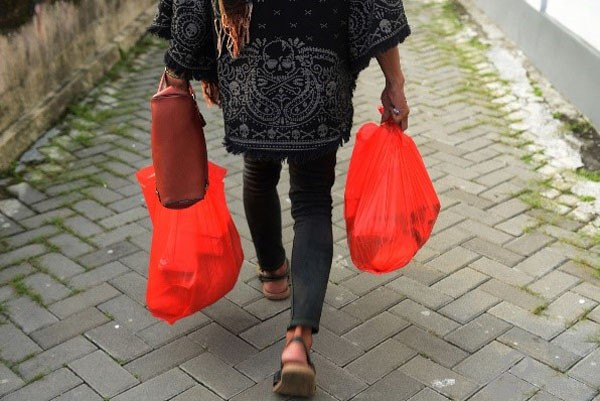 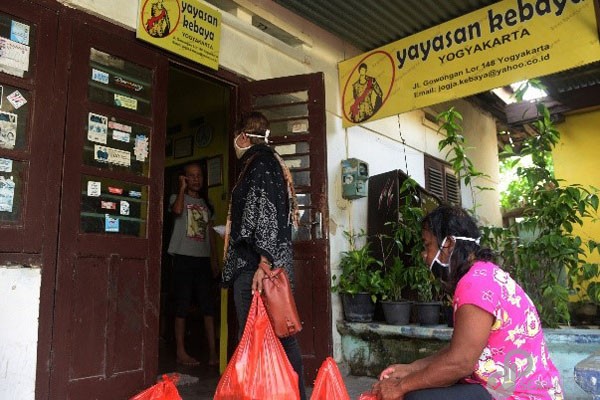 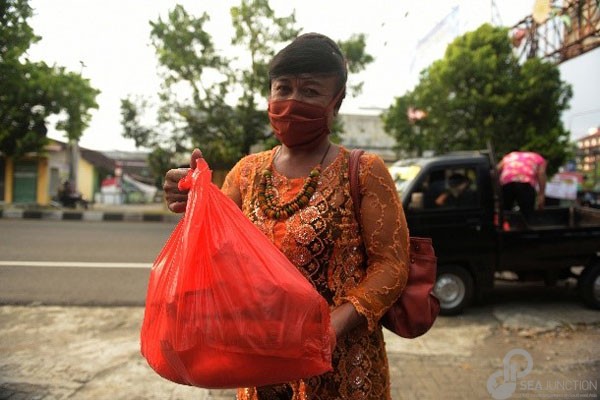 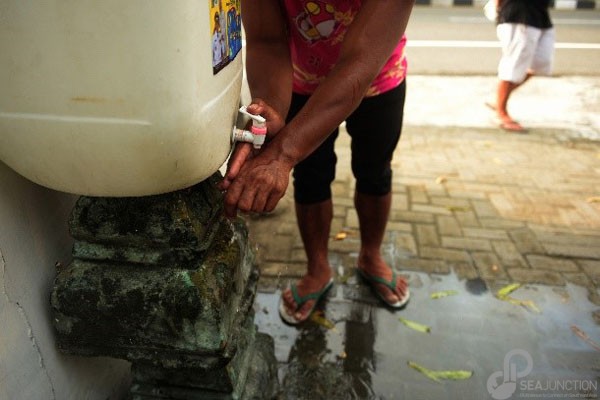