A Bike View of Jakarta

For the last three years Arnaldo has been cycling to work in Jakarta. On the way to the office he has to cross by foot a pedestrian bridge over one of the stations of the Transjakarta bus line, Halte Senayan. A year or so ago, he started to carry his camera and to take photos from the bridge as well as from below the bridge. This made him pay attention to many aspects of every day life such as the people commuting to work, the food sellers, the crowded minibuses Kopaja, the motorbike drivers, the musicians who play on buses for some cash, and the workers at the new Jakarta underground system. Before taking the camera along he missed all this, as he was too busy thinking about work plans, meetings, and emails. Now when he stops twice a day, he always discovers something new. Here are some of the photos he has taken in late 2016 and early 2017.

Arnaldo Pellini is an Italian development economist whose work, during the last 15 years, has brought him and his family to live in Nepal, Cambodia, Vietnam, the Philippines, and now Indonesia. Living in these countries and travelling in many more has put him in touch with languages, religions, cultures, and development issues. Arnaldo takes photos to capture moments of what he sees in places he wanders through and share them to raise awareness about societies and their complexity and humanity. His photoblog can be found at https://arnaldopellini.com/. 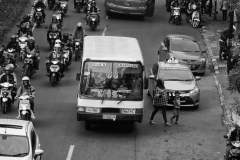 Jumping off the bus 66
in the midst of the road 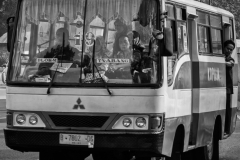 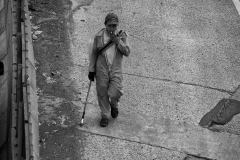 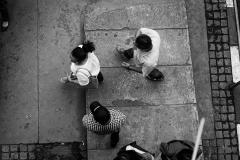 On the way to work 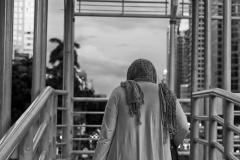 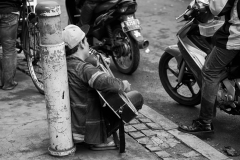 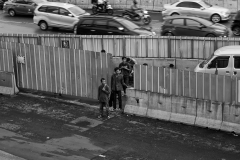 End of the shift 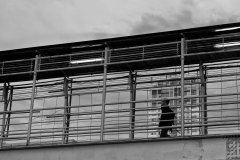 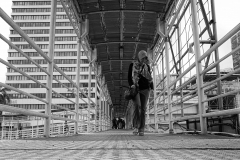 Into her own thoughts 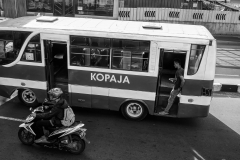 Until the next station 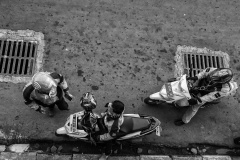 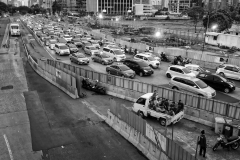 End of shift at rush hours 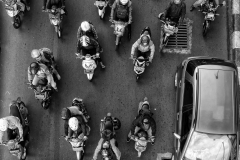 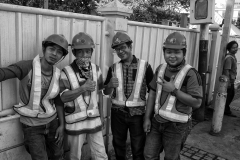 Ready for the morning shift
on the MRT (underground system) 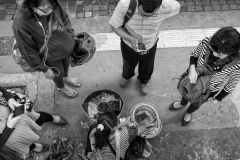 Waiting for the breakfast 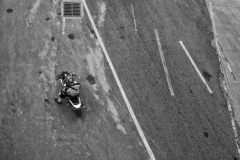 Motor-taxi driver checking
for the next order 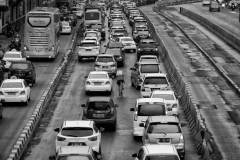 We need bicycle lanes in Jakarta 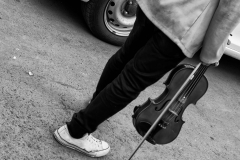 Music on the next bus
Gallery
Gallery Albums
Go to Top