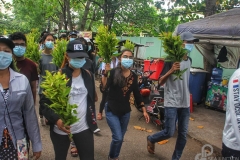 Students march in support
of the National Unity Government
while holding Eugenia plants
, an auspicious symbol of victory 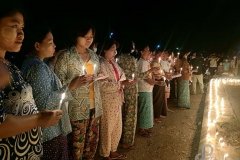 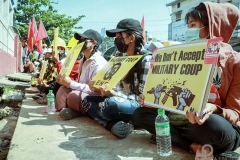 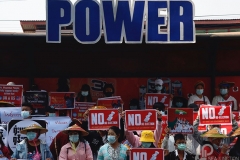 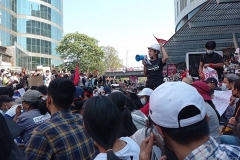 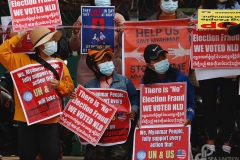 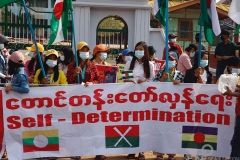 Holding the flag of the Ta'ang,
Kachin and Shan ethnic groups
to advocate for self-determination 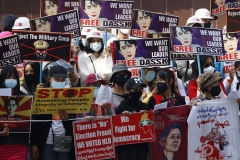 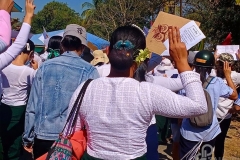 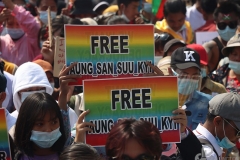 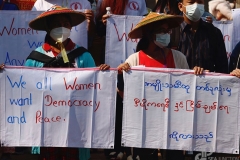 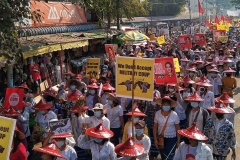 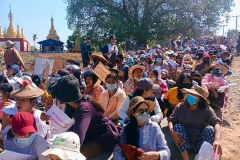 Gathering in front of the
temple by Women in Thandwe,
southern Rakhine state 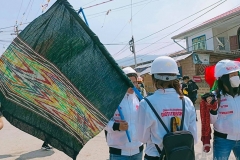 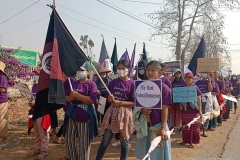 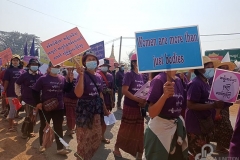 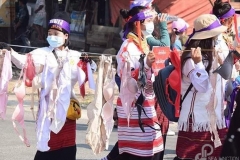 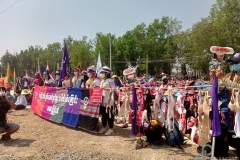 Joining the general strike
to end the military coup 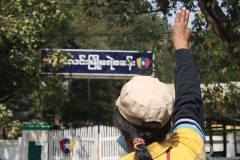 Three fingers salute in
front of the police station 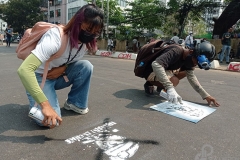