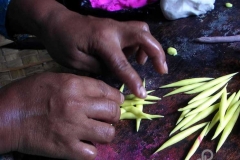 Component pieces of
rice-dough are assembled 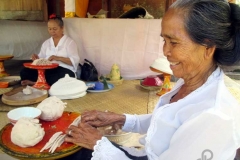 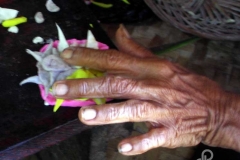 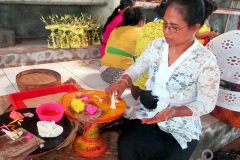 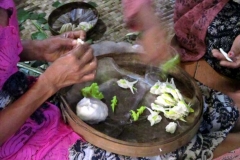 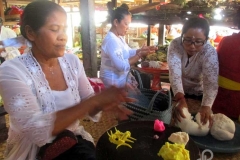 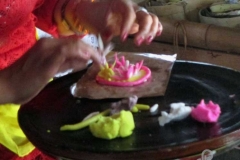 Different colors of rice-dough
for a single floral figure 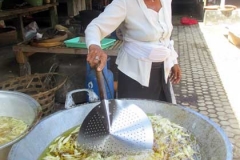 Frying of cacalan to dry them 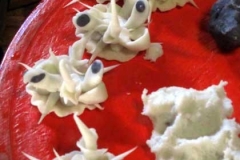 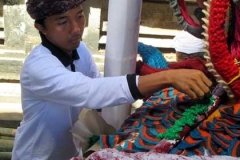 A youth helps to assemble a
huge rice-dough sculpture 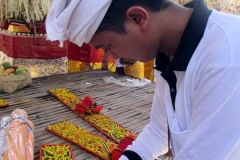 A youth secures the teeth in the
mouth of a demon 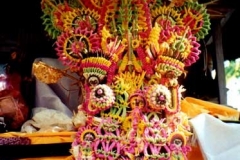 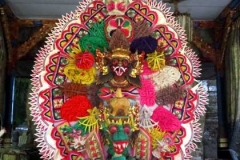 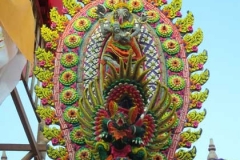 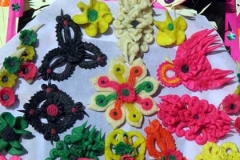 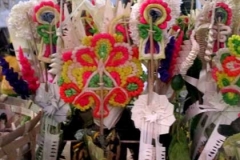 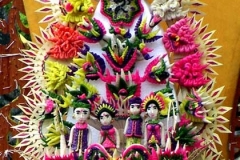 Symbols of the cosmic directions
are placed above human figures 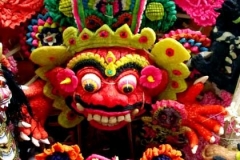 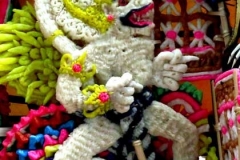 White monkey Hanoman from
the Ramayana 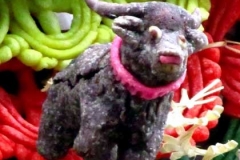 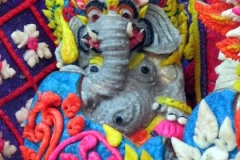